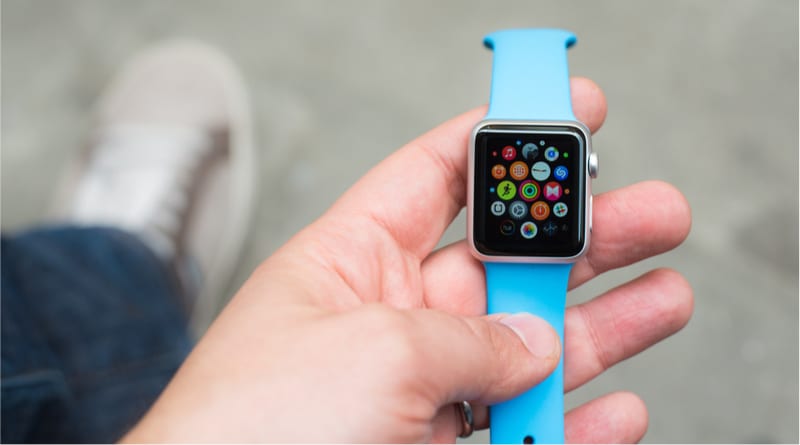 The Apple Watch remains the best selling wearable worldwide according to a new report from market researcher IDC.

The tech giant captured 17% of the wearables pie in the second quarter, shipping some 4.7 million units. This was up on its 13% share in the same period last year.

IDC says demand for the LTE-enabled Series 3 Watch helped Apple shipments grow 38% year-on-year. This runs somewhat counter to a report issued just a few days ago, which says 9 out of 10 users are choosing the Series 1 over the Series 3 model. Difficult to know whether the IDC or Counterpoint Research report is correct as Apple does not disclose smartwatch sales figures.

Whatever the case, the Cupertino outfit is expected to reveal its next generation product next week. The Series 4 device is expected to offer a larger display, a better processor, updated health sensors and perhaps a boost to battery life. 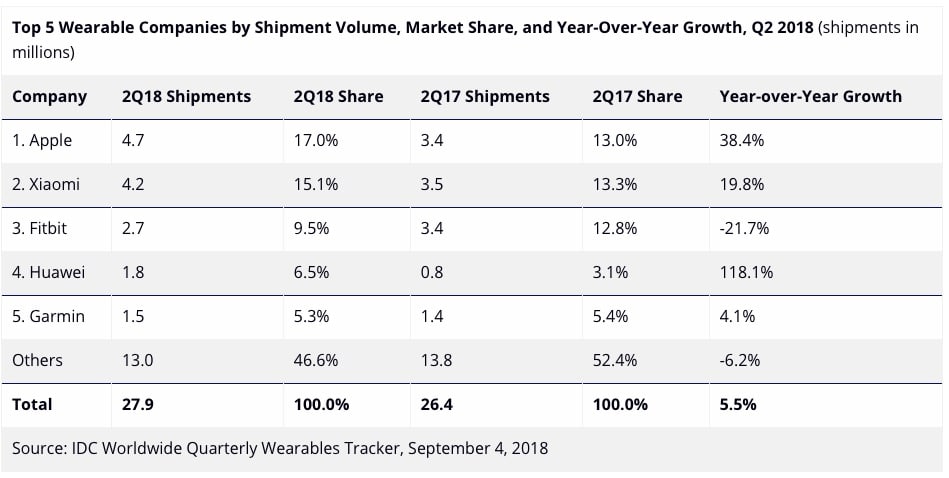 Rounding out the top five are Xiaomi, Fitbit, Huawei and Garmin. Amongst them Huawei showed the strongest growth (118.1%) while, despite the popularity of its new Versa smartwatch, Fitbit shipments shrunk 21.7%. Much of that was due to a fall in demand for basic fitness trackers in developed markets, as users opt for more sophisticated devices.

“While the previous generation of wearables was focused on providing descriptive feedback like step counts, the current and upcoming generations are far more capable and are well on track to becoming prescriptive and diagnostic tools,” Ramon Llamas, research director for IDC’s wearables team, said in the report.

“Users have come to want more from their wearable devices, and smart watches have met that demand.”

Wearable shipments worldwide grew 5.5% during Q2 of 2018 as shipment volume reached 27.9 million units. The market saw a larger 8.3% annual gain in monetary terms, due to the popularity of smartwatches with their higher price tags.