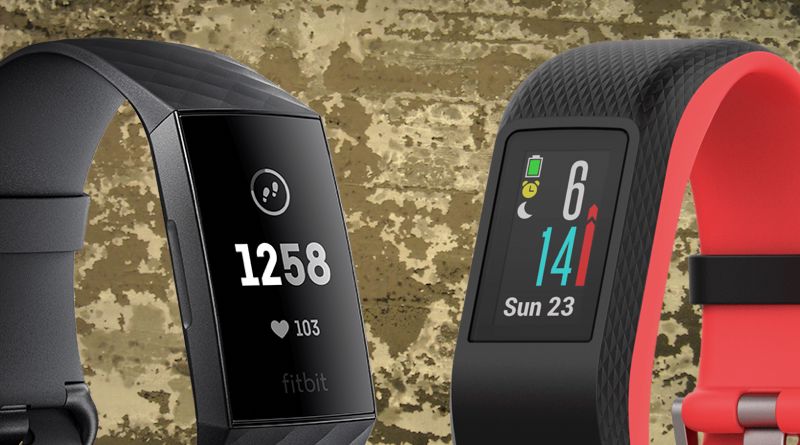 As we approach the late stages of 2018, for the most part we know what wearables will be launched this year. And there is no shortage of fitness trackers and smartwatches to choose from.

With so many devices on offer, it can be difficult to pick the right one for you or as a gift for your loved one. The differences sometimes come down to design tweaks or one or two additional features. But these can be crucially important.

Despite the current smartwatch rage, some of us still prefer to wear a fitness band. And when it comes to catering to this demographic, the Fitbit Charge 3 and Garmin Vivosport are some of the most featured packed options around.

If you’re on the fence on which to choose here is an overview on how they differ.

Launched about a month ago, Fitbit Charge 3 don’t look all too different different from its predecessor. You can still recognise its a Fitbit wearable, albeit a more modern looking one. Nevertheless, the tracker doesn’t stray from the stylish and sporty look the San Francisco manufacturer has become so well known for.

The tracker is built of very lightweight material including an aerospace grade aluminum case and Corning Gorilla Glass 3 display. The housing and buckle are made of anodized aluminum. In terms of dimensions, Charge 3 measures 18.3mm in width, 11.8 mm in depth and weighs just 29 grams.

Vivosport also features a fairly sporty look. Its a few millimetres wider than Charge 3 but has a smaller screen. On the other hand, with a depth of just 10.9mm Garmin’s tracker is a fraction less bulky. Its also lighter weighing between 24 and 27 grams (depending on the size that you choose).

Important differences are to do with the display. Vivosport comes with a 144 x 72 pixel, always-on, transflective memory-in-pixel (MIP) screen. The actual measurements are 9.7 mm x 19.3 mm which equates to around 187 sq mm. This is Garmin’s first fitness band with a color display.

Charge 3 sports a 696 sq mm grayscale OLED screen, so is much better suited for quickly glancing down at your stats. Unlike Vivosport you’ll need to flick your wrist or tap on the wearable to wake the display, though.

Vivosport has no physical buttons whereas the Charge 3 has an inductive button on the side. This is helpful when skipping through the different screens. You’ll need to rely purely on the touchscreen on Vivosport for this. In our time with it, we found the display to be very responsive so the lack of any physical buttons is not a problem.

Both trackers feature rubberized bands. There is little you can do in terms of customizing Garmin’s wearable, so it comes down to choosing a color when making your purchase. You can easily change wristbands on the Charge 3 to make sure it fits any look and style.

When it comes to aesthetics, Garmin and Fitbit have done a pretty decent job. Its down to personal taste but we would put Charge 3 slightly ahead due to its larger screen. The ultra-slim form factor and always-on experience work in Vivosport’s favour.

Under the hood, the duo shares an optical heart rate monitor, 3-axis accelerometer, altimeter and vibration motor. In addition to this, Garmin’s tracker comes with a built-in GPS sensor. This provides more precise data on pace and distance when you’re running, and allows you to leave your phone behind. The Fitbit Charge 3 also has access this type of data, but it needs your phone to be in close vicinity as it taps into its GPS readings.

Charge 3 also houses a pulse oximeter. This has the potential to measure your blood oxygen and Fitbit is planning to put it to use soon, primarily in monitoring the quality of your nightly rest. At the time of writing, the functionality is yet to be enabled.

Battery life is important and is always a compromise between size, screen resolution and more. You certainly do not want to be charging your fitness band every night. Are you listening Apple?

The good news is that both of these devices provide a respectable 7 days of juice on a single charge. With GPS switched on, this comes down to 8 hours on Vivosport.

The wearables are also water-friendly. Charge 3 and Vivosport come with a fantastic 5 ATM water-resistance rating, which means you can dunk them down to depths of 50 metres. They will automatically track swimming workouts, too, but only with basic detail.

Garmin and Fitbit have had this side of things nailed down for quite some time. Expect little difference when it come to the quality of data – these are both reputable companies with a great track record.

Both companies also offer a comprehensive software platform that includes a smartphone app and web dashboard. The Fitbit app is probably easier to use but Garmin Connect is more comprehensive.

By default, the bands shows the time so you can also use them as a watch. This is slightly more convenient on Vivosport as it has an always-on screen.

We would start off with the most obvious one – the screen size. While Vivosport’s always-on, small screen might appeal to some, its much easier to read everything on Charge 3. This is especially the case if you’re on the go.

On the fitness side, the other important differences working in Fitbit’s favour are the oxygen sensor (which is yet to be enabled) and the company’s Female Health Tracking feature. This allows women to see how their periods impact different aspects of their lives, everything from sleep to activity levels.

Garmin’s device has a number of features that work in its favour. The most important of all is the built-in GPS. This allows for phone-free running and cycling, whilst ensuring your stats are as accurate as possible. As mentioned, you will need to carry your phone with you when exercising with Charge 3 if you want to benefit from the GPS signal.

A novel feature that can be found on Vivosport but not on Charge 3 is stress monitoring. The tracker does this by measuring heart-rate variability. A score between 0 and 100 will let you see how much of your day is spent experiencing stress.

To get you in a relaxed mood, you also get relaxing mindfulness experiences through deep-breathing sessions. This feature can be found on Charge 3 as well.

Vivosport also has Garmin’s Strength Training activity for the gym rats. This is a combination of manual tagging of activity and automatic counting of reps. During those workouts, the device also captures your heart rate data and graphs it.

On to the non-fitness functions. Even though these are fitness bands, they come with some functions you’ll find on smartwatches.

Both show basic notifications to keep you connected on the go. You will need to use your phone, though, to read the messages in full.

In addition to this Charge 3 has the ability to reply to messages (for Android users) and the option to accept or reject calls. It also comes in a more expensive Special Edition version that has an NFC chip for contactless payments.

Charge 3 and Vivosport are amongst the best options if you are looking for a fitness band. Garmin and Fitbit have had this side of things nailed down for quite some time now. There are a few differences to be aware of, though.

While Vivosport’s always-on, small screen might appeal to some, its much easier to read everything on Charge 3. Outside of that, the design is fairly similar.

Both devices sport pretty much the same sensors under the hood but Charge 3 has the addition of the SpO2 sensor which Fitbit plans to put to good use soon. Vivosport’s biggest advantage is the built-in GPS, something runners and cyclists will appreciate. You’ll be relegated to Connected GPS on Charge 3 which means the band needs to be in contact with your smartphone if you want to tap into the satellite signal.

Its not an easy choice between the two. Both come packing lots of features and great software systems. So its really down to personal taste. If you don’t need the built-in GPS we suggest going for Charge 3. The bigger screen tips Fitbit’s device in our favour. But if you do need the added functionality and don’t mind shelling out an extra $20 or so, Garmin’s device will not disappoint.