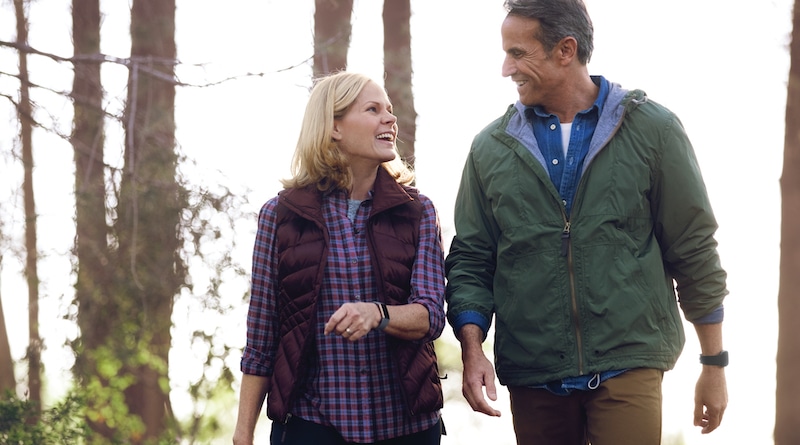 Americans 55 and up are the fastest-growing group of wearable tech users in the US. This is largely due to the devices’ enhanced health features according to new research from eMarketer.

The steady growth in recent years show that wearable tech is slowly moving into the mainstream. And while the 25 to 34 age group accounts for the bulk of wearable ownership, followed by the 35-44s, it is the older generation which is seeing the strongest growth. In 2019, some 8.2 Americans age 55 and older will use a wearable device, up 15% over this year. Nevertheless, they still have a long way to go to catch up with the younger generations.

“The Apple Watch Series 4 is outfitted with some major enhancements, including ECG [electrocardiography] readings and fall-detection features.” 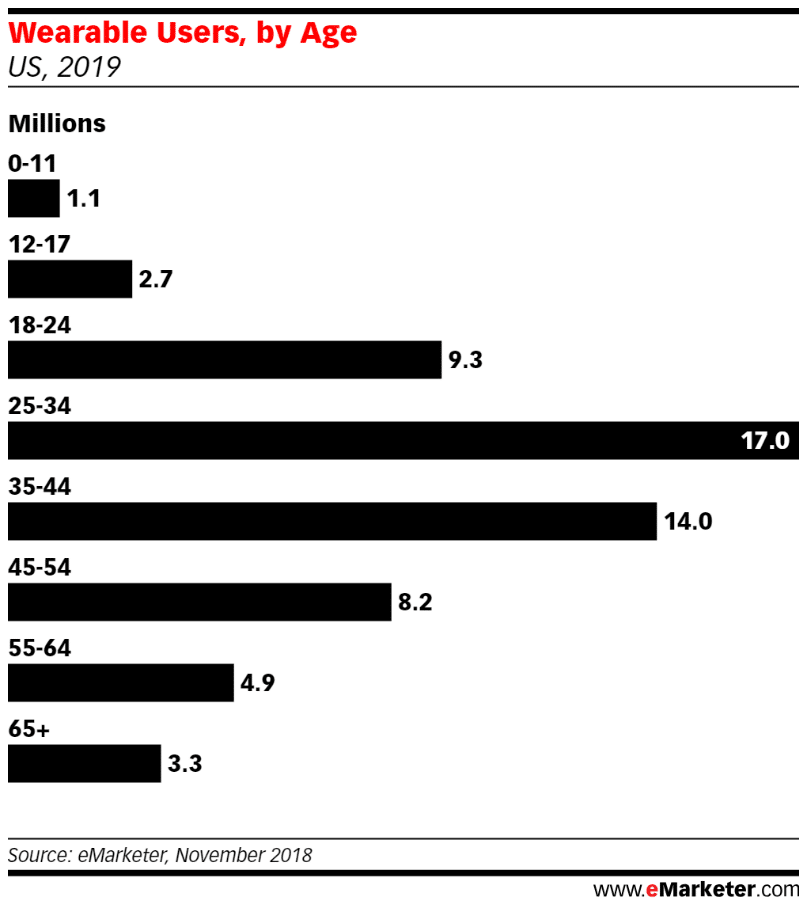 Perhaps less surprising is the rising popularity of smartwatches. eMarketer forecasts 1 in 10 American adults (11.1%) or 28.7 million will wear a smartwatch next year.

The 17% growth rate is expected to taper off in 2020 and beyond as the market matures. Up until last year it was mostly activity trackers that were driving growth but consumer preferences have shifted to more complex devices that do more than just tracking fitness. 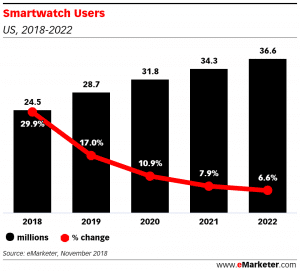 “Specifically, LTE connectivity will be a huge driver, as it allows smartwatch users to stay connected while leaving their phones behind. Other improvements, like longer battery life, larger screens and new health features, will be sure to attract new users.”