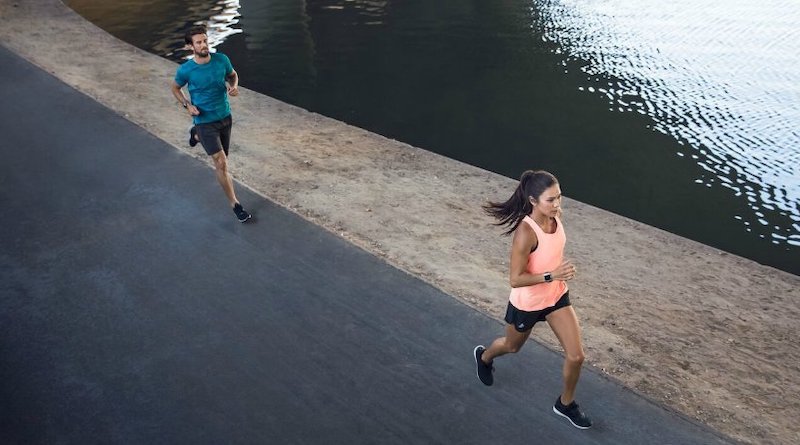 As 2018 draws to a close, it’s time to take stock of the year behind us and look forward to the twelve months ahead. This is when millions of us will set out to create New Year’s fitness resolutions, hoping to lose weight or stick to a gym routine.

Fitness trackers and smartwatches can certainly help with this. And when it comes to wearable technology, Fitbit devices have no doubt topped many people’s Christmas shopping lists. There is a reason the company’s trackers sell so well. They are simple to use, reliable, look smart, provide great vitals statistics and have an excellent app behind them.

But this year has shown that such devices can go well beyond helping people turn resolutions into long lasting habits. We’d like to share the stories of four people whose lives were saved in 2018 with the help of their Fitbit device.

The first is about an Indiana teen, Eliza Wilson. Featured in the IndyStar, the 16 year old said she could remember her heart “sometimes missing a beat” since birth. But while vacationing in Texas, Eliza noticed her heart beat differently than it usually did. Her mother Greta had the idea to put a Fitbit on her daughter’s wrist. This is when she noticed Eliza’s resting heart rate spike to over 220 beats per minute.

“At this point I didn’t want her to get nervous, but I was sitting in the other room on the Fitbit app watching her heart rate go crazy,” Greta said.

“As I was driving (Eliza) to the E.R., we just kept asking ourselves ‘How did we get here? Why did this happen today’?”

The visit to the doctor unearthed a heart defect, prompting life-saving heart repair surgery. It seems Eliza was born with Supraventricular tachycardia. This is a defect that causes a faster-than-normal heart rate due to an error in electrical impulses.

The next story is about an unusually low resting heart rate. When Barry Bickel, a New Jersey consultant, bought his Charge 2, his resting heart rate averaged just below 70. Pretty soon it then slid down to 62.

“I didn’t think much of it and then a few days later it was in the 50s,” Bickel said.

“I thought it was really odd but felt OK.”

Rather than stabilizing at these lower values, his resting heart rate continued to decline. It would even dip to the high 30s occasionally. This is when the father of three started to get really concerned.

According to Patch.com, an appointment with his doctor unearthed a third degree heart block. This meant that signals that fire his heart weren’t connecting properly. The reason was a rare form Lyme Disease called Lyme Carditis for which Barry was subsequently treated.

The third story is about Keith Lambert, a Spokane college professor. Keith’s Fitbit showed that his heart was working overtime writes KXLY. Over time his resting heart rate increased to the point where he was doing about 15 hour of cardio heart rate a day without exercising!

“[I] did start noticing, man I am not getting rest. I mean, I am feeling really tired. But didn’t think anything of it,” he said.

“I just never felt good. And that week I really started looking at ‘what is going on?'”

A visit to the doctor uncovered a blockage in his LAD artery, also known as the “widow-maker”. Doctors put a stent in and an hour and a half later, Keith was out of the hospital and back home. He is now back at work doing what he loves and enjoying life.

“I never realized the power we have on our wrists until I needed it most. I’m most certain that the Fitbit data that was readily available to me saved my life,” he told us.

“The rising heart rate pattern on my wrist was enough to confirm my suspicions that something was wrong, and provided invaluable data to help explain to my doctors that things weren’t normal. While the data may not have provided all of the answers, I’m convinced that it provided one more piece of the puzzle to confirm that something was not right with my heart.”

The fourth and final story comes from Salt Lake City. Featured on Fox13, it’s about Mike Glen a diabetic on a camping trip in Wyoming. This is where his Fitbit smartwatch started to alert him to an unusually low resting heart rate. Eventually his wife convinced him to go for the hour-long drive to the nearest hospital. Doctors found that one of his heart arteries was 100% blocked, and there was 80% blockage on one of his other arteries.

“I said the magic words, ‘Chest pain, shortness of breath’ and they took me right back. Within 15 minutes a doctor came in and said you need to go to Salt Lake,” Glenn recalled.

“So I told him, ‘Well, can I go get my trailer and drive my truck back?’ and he said, ‘You don’t understand me. You are flying to Salt Lake. You need to leave now.’”

After surgery he was told he could have had a major heart attack and was lucky to be alive. It was something he would never have seen coming had it not been for his Fitbit.

These and other similar stories show that helping you shed pounds or walk more may not be the only benefits of purchasing a wearable. Sometimes a fitness tracker or smartwatch can work life-saving miracles for your health.