The info comes from the folks over at LetsGoDigital. While digging around, they spotted a reference to the name “Star 10” which could be what these kicks are named.

According to the accompanying documentation, Samsung’s shoes are made of leather and synthetic material. Both models come with a sensor on the back above the heel.

The difference is that Model A can be switched on and off by pulling the tab, while you’ll have to open a plastic flap to activate the smart functions on Model B. The sneakers actually come across very much like Sensoria’s running shoes which also have a little pod in the back to house an accelerometer, gyroscope and magnetometer. 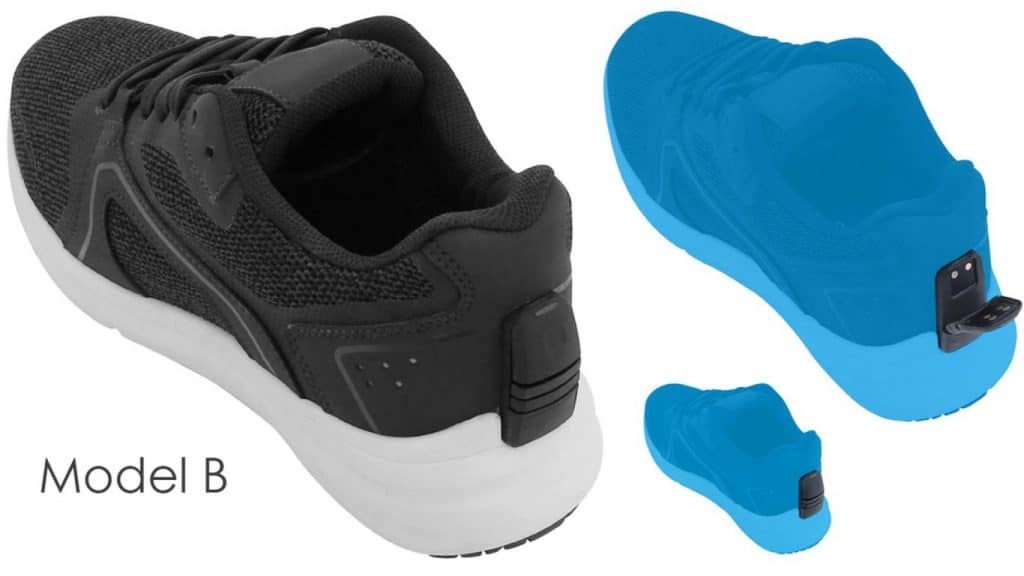 Unfortunately there is no info on what the sensors will actually track, but a fair guess is that steps, distance, cadence, foot landing technique, speed will all be on the list. There’s also a possibility that the shoes come powered by AI to provide personalized coaching.

We’re not too sure how close Samsung’s product is from becoming reality, but don’t be surprised if the kicks make an appearance at CES 2019 in a few days time. Other possibilities include MWC which starts in February (in Barcelona), WTS in March (London) or IFA in September (Berlin).

We’ve always said that feet are the most logical place from which to monitor metrics such as steps and distance. It’s only a matter of time before shoes come built-in with sensors as standard.