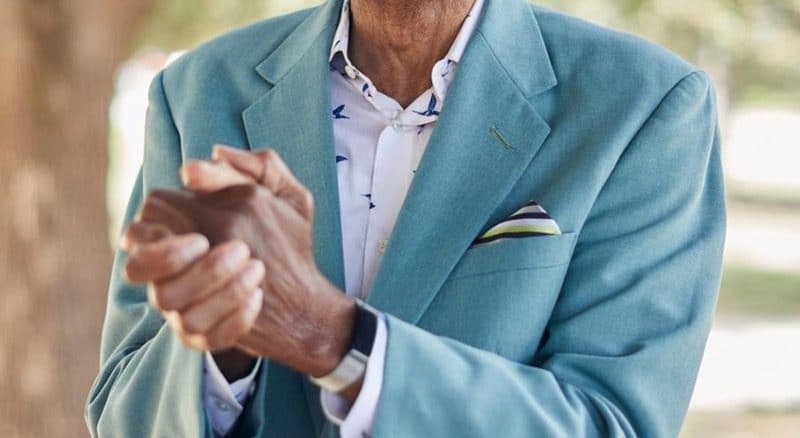 A new study published in the British Medical Journal (BMJ) shows that physical activity of any intensity makes a positive difference when it comes to life expectancy.

We all know the dangers of sittings for hours on end each day. Some have even gone as far as comparing it to smoking.

Quite rightly, the US government changed the official physical activity guidelines earlier this year to integrate findings on the importance of sitting less. The new edition encourages adults to move frequently through the day, regardless of duration. Previously, only 10+ minute bouts of physical activity counted towards your 30 minutes per day, five days a week guideline.

A new study now sheds some more light on the matter. In addition to looking at the length of physical activity, it looked at intensity.

Researchers at the Norwegian School of Sport Sciences followed over 36,000 participants aged 40 and above (average age 63) for nearly 6 years. All of these had fitness trackers strapped to their wrist, eliminating the inaccuracies with self-reporting. Some 2,140 deaths were recorded during the period.

The study compared the effects of light activity (such as shuffling around the house or washing dishes) to moderate activity (such as walking quickly, mowing the lawn) and intense activity (such as running, going to the gym, swimming). It found that any exercise, regardless of intensity, contributes to significantly higher life expectancy.

“It is important for elderly people, who might not be able to do much moderate-intensity activity, that just moving around and doing light-intensity [activity] [will have] strong effects and is beneficial,” said Ulf Ekelund, a professor and first author of the study.

However, research did show greater benefits of more intense exercise. The same held for volume. The differences ranged all the way up to a 70% reduction in the risk of death between the least active and most active participants.

For example, those who clocked about 200 minutes a day of light physical activity had a 40% larger risk of death over the period than those who registered 258 minutes per day. Those who averaged 308 minutes had a 56% lower risk. The 380+ minutes group lowered their risk of death by 62%. Researchers noted that the effects were twice as big a previously thought.

“People could seek to add more physical activity of any intensity to their daily routines when their circumstances and surroundings allow. But the onus is more on governments to put forward policies that will enable and empower people to move more as part of their daily routines,” Ekelund added.

Researchers concluded that the underlying public health message should be “sit less and move more and more often”. The research also confirms the validity of the 150 minute per week exercise recommendation.