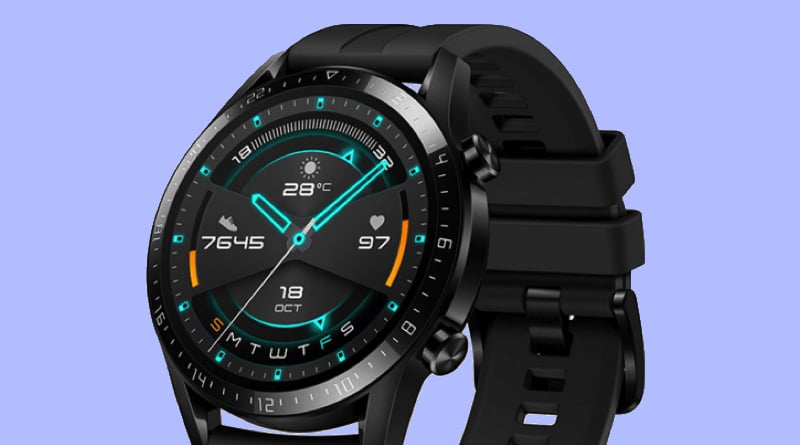 The Huawei Watch GT 2 release is imminent. The Chinese company has confirmed in a video posted on Weibo the wearable will be unveiled alongside the Mate 30 series on September 19th at its Munich event.

This is a bit of a surprise considering its predecessor was launched only last October. To remind, it runs on Huawei’s stripped back operating system called LightOS. The primary benefit of this is longer battery life. Watch GT can run for up to two weeks on a single charge, which rises to a month with heart rate monitoring switched off.

The company is currently working on a new software platform called HarmonyOS. The operating system is set to replace Huawei’s reliance on Google products.

Huawei registered back in July a number of new devices with Bluetooth SIG. We suspected at least one of them was Watch 3 but were unsure of the others. It now seems Watch GT 2 was part of this batch.

It could very well be that Huawei decided to push back the launch of Watch 3 until HarmonyOS is ready, and go forward with updating Watch GT 2 with its LightOS. The other possibility is that Watch GT 2 will be the first to run HarmonyOS.

The Huawei video does not reveal too much about the smartwatch. All it shows is the faint outline of the device and confirms it will use the Kirin A1 chipset. We don’t know yet what perks this processor provides but it is being used for Huawei FreeBuds 3 which will take on Apple AirPods when they launch later this year.

More information can be gathered from images were posted online earlier this month by German publication Winfuture. The upcoming timepiece is apparently being developed under the codename “Latona”.

What can be deduced from the renders is that Watch GT 2 has a thinner, more compact design than its predecessor. It also sports a slightly larger display area which Huawei has achieved by shrinking the bezel. Those interested will be able to choose between a Sport version with a plastic strap and a Classic version with a leather strap. 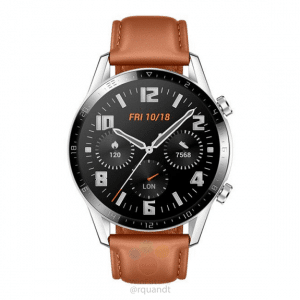 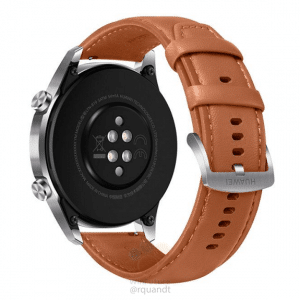 Other than that, this will again be a fitness-focused watch so there’s 5 ATM for water-resistance, a heart rate monitor and built-in GPS. Watch GT will reportedly sport a slightly larger battery (445mAh) than its predecessor (420mAh) which should keep it going even longer.

Huawei has also slapped on a microphone and speaker to this iteration. Which means, unlike its predecessor, Watch GT will be able to make calls when tethered to a smartphone. It’s probably unlikely it will come with an LTE chip. 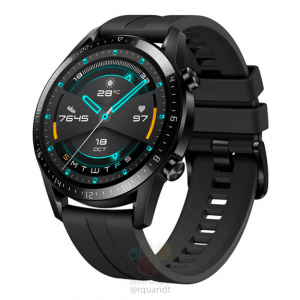 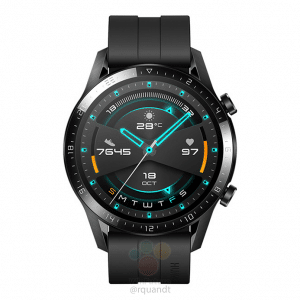 Not too long now before we find out the last remaining details. We will update if we hear any more before the big reveal on September 19th.