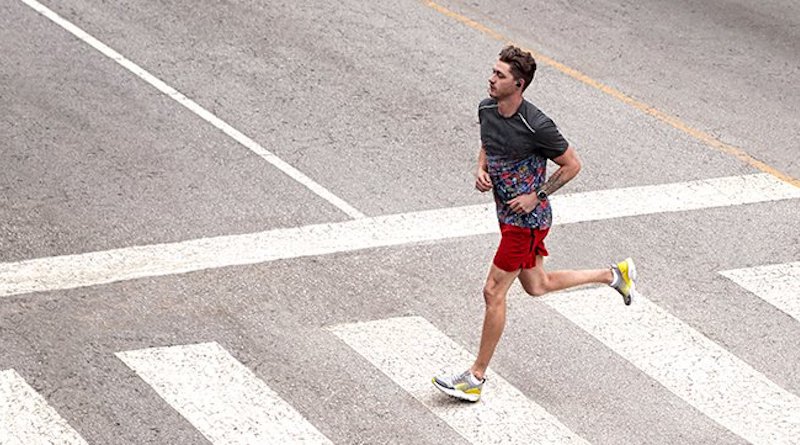 Apple and Garmin are amongst the most popular smartwatch makers in the world. The first has just upgraded its flagship wearable to Series 5. This comes with an always-on display, compass and a few other upgrades.

Garmin, on the other hand, has released a slew of devices over the past month including an updated version of its popular Vivoactive range. The fourth iteration comes in a number of size and design options, along with a boost in specs.

The battle in the all-purpose smartwatch space is heating up and the Apple Watch Series 5 and Garmin Vivoactive 4 are many people’s favorites. In this article we provide you with a feature comparison between the two.

Vivoactive 4/4s and its more fancy counterpart called Venu all have identical specs. The only difference is in size options and design.

The next generation Vivoactive has retained the circular look of its predecessor. This type of display is popular with some due to its resemblance to traditional watches.

Coupled with this is Garmin Venu, pretty much the same device but with an AMOLED high res display. This option comes only in a 43mm case size. As you’d expect, Venu is a bit pricier than Vivoactive 4/4s. The other versions come with a transflective memory-in-pixel display, the same as you’d find on the last generation.

All of these display are always-on, something you will also find on the latest Apple watch. Yes, the Apple device on your wrist will finally never go dark! Apart from that, Series 5 brings few other updates. The square-ish design is still there, as is the high-quality, full colour retina display.

Apart from the most obvious difference, the shape of the device, the quality of the display is a major distinguishing factor between the Vivoactives and Series 5. Venu, on the other hand, is right up there with the Apple watch in terms of screen quality as indicated by its almost identical display resolution.

Another difference between the Garmin and Apple are the number of physical buttons. Series 5 only has one which you’ll need to use in combination with the touch-screen to navigate the menus. The Vivoactive 4 has added a button so now has two for navigation (in addition to the touch-screen).

Other design features such as weight and physical dimensions are largely similar. All of these also come with decent water-resistance.

The differences in look between the Garmin and Apple are pretty big. There is no clear leader although we would give Series 5 an edge due to more premium materials (a choice between aluminium, stainless steel, titanium and ceramic), and screen quality. However, if you’re looking for something that resembles a traditional watch, you’ll be better off with the Garmin. If you’re after a better display, clearly your choice will be between the Apple Watch and Garmin Venu.

Lets move on to battery life.

Garmin Vivoactive 4/4s have a less power-hungry display so can keep going for more than a week between charges. A great option for those that don’t want to be hassled with charging too often. Garmin Venu can keep going for around 5 days. But switch on the always-on screen option, and you’ll see this shrink to about 2-3 days.

Unfortunately, Apple is still struggling with battery life. Just like its predecessors, Series 5 will keep going around 18 hours between charges. Definitely not something to write home about.

Powering everything on the Series 5 is a fifth generation SIP called S5. It is largely the same as the one you’ll find on Series 4 but offers 2 times faster performance than on Series 3. No info on the processor in the Garmin device so its difficult to make a direct comparison. But Apple is very likely ahead on this count.

As you’d expect, all of these devices come full to the brim with sensors. They share an optical heart rate sensor, accelerometer, compass and altimeter. There’s also GPS for more detailed tracking of your outdoor exercise. Garmin’s main trick is the inclusion of the PulseOx sensor, Apple’s the inclusion of the electrical heart sensor (ECG).

Finally there is also cellular connectivity of the Apple Watch. The Series 5 features a small electronic SIM card. As you’d expect, this comes with on-going monthly fees.

Here’s a run-down of the differences in design and hardware.

As mentioned, the Garmin Vivoactive 4 and Apple Watch Series 5 are battling in the all-purpose smartwatch space. But with a slight difference. The Garmin device is more oriented towards fitness, Apple’s strong point is smart functionality.

The difference is clear if you run through the specs. The Vivoactive 4 has pretty much everything an average person would need to track their fitness and exercise around the clock. Plus you get decent battery life so don’t need to worry about charging the device every night. Garmin is a clear leader in the sports watch space, and it has transitioned much of this technology to the Vivoactive 4.

Fitness tracking features that you’ll get on the Garmin but not on the Series 5 include sleep tracking, 24/7 stress monitoring, PulseOx, respiration rate, Body Battery and under-water wrist-based heart rate. That’s a pretty long list. Plus it has other Firstbeat performance metrics you won’t find on the Apple device.

Apple is better in terms of general health features and its software eco-system. The much written about feature, of course, is the FDA-cleared ECG sensor. We are yet to see a Garmin wearable with such functionality. The Series 5 also looks for irregular heart rhythm and can alert you if your heart rate goes above or below a certain value. Finally, there’s also the fall detection feature, but Garmin has closed the gap on this one with it’s own Incident Detection.

To summarize, in terms of fitness tracking we would put Vivoactive 4 above the Apple Watch Series 5. While both have built-in GPS and lots of features which would suffice for most people, the Garmin device has more. More importantly, until Apple manages to improve on battery life it will struggle to compete for the title of the best fitness tracking device.

The story is different, though, if we look at smart functionality. In fact there is no comparison as the Apple Watch is the best smartwatch in the world on this count. You’ll find native and third-party apps for everything imaginable and watchOS 6 comes with lots of new functionality.

Although it can’t really compete with the Apple Watch on this measure, Vivoactive 4 comes with a few non-fitness features, too. This includes local storage for music, an NFC chip for contactless payments, text and calendar alerts, and more. But Apple has all this and (much) more.

If you’re interested both in activity monitoring and lots of smart functionality, the Apple Watch is clearly the better choice. It’s the best selling smartwatch in the world for a reason.

The Series 5 comes in a number of build options, plus it has an always-on display. Much of the other functionality is the same as on the predecessor devices, including the fitness and health tracking smarts. Unfortunately the battery life is also on par with the previous generations.

While the Vivoactive 4 can’t compare with the Apple Watch in terms of smart functionality, we would put it ahead for those interested in monitoring activity around the clock. Some of the fitness features you will find on the Garmin device but not on the Apple Watch include native sleep tracking, stress monitoring, blood oxygen, respiration rate, under-water wrist-based heart rate, and a range of Firstbeat performance metrics. Plus you get decent battery life.

You don’t get the ECG monitor but most people are not going to be bothered about this. It’s more a “nice-to-have” than a “must-have” feature.

So while at first glance it might seem the Apple Watch and Garmin Vivoactive 4 are competing for the same demographic, there is a difference. Its to do with whether you are interested in an all-purpose smartwatch or something that is leaning more towards being a fitness watch. Personal preferences to do with design will also play a role.

The price shouldn’t make too much of a difference, though. On Garmin’s website (check price on Amazon) Vivoactive 4/4S retail for $350 while Venu sells for $400. The Apple watch is priced similarly, starting at $399. 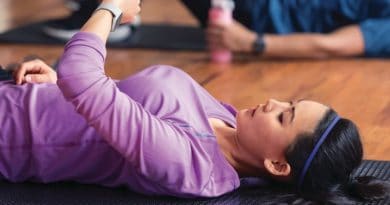 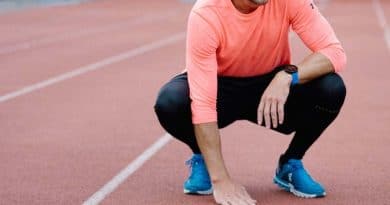 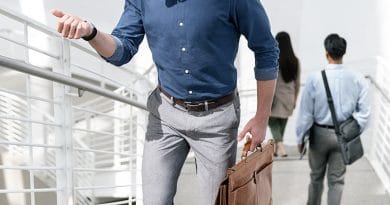 A modular Microsoft smartwatch may be in the pipeline