A fitness band does not need to be a pricey purchase. There are plenty of options available now that won’t break the bank. Amongst the best of these are the Fitbit Inspire HR and Xiaomi Mi Band 4.

Both were released earlier this year. Inspire HR repackages Fitbit’s existing technology into a slightly more modern form-factor and makes it affordable to the masses. In our review, we found it does the job well. Xiaomi Mi Band 4 is an updated version of the company’s popular fitness tracker that comes with a gorgeous display.

If you’re in two minds on whether to purchase one of the two, we’ve compiled a run-down on how they compare. Hopefully this article will make your decision a bit easier.

In terms of looks, both of these devices feature a feature a fairly sporty, rubberized design. But the Inspire HR has a more rounded shape versus the flat-ish form factor of the Xiaomi Mi Band 4.

The biggest difference is in the display quality. Inspire HR comes with a grayscale OLED screen that measures 37 x 16mm and comes in at a resolution of 128 x 72 pixels. Xiaomi Mi Band 4 has a slightly larger, 120 x 240 pixel display. But more importantly it is full color AMOLED. Needless to say, this type of screen provides for a more enjoyable experiences.

Other design differences are more subtle. While both devices has a physical button, Fitbit’s protrudes on the left-hand side while Xiaomi’s works as a continuation of the display.

Both of these devices are incredibly light weight. Measuring around 20 grams you’ll hardly feel them on your wrist. They also come with excellent water-proofing (5 ATM).

If you’re after the sporty look, either of these two will do. You can dress them up with different colored/material bands and there are quite a few third-party strap options available. But remember, these are budget fitness bands so if you are after a premium look, go elsewhere.

Under the hood, there’s little to distinguish the trackers. They share a 3-axis accelerometer and optical heart rate sensor. Inspire also comes with a vibration motor while Mi Band 4 sports a gyroscope and capacitive proximity sensor. These slight differences do not play a significant role in what the two fitness bands can do.

Now we come to battery life. Xiaomi knows this is an important selling point of its device. Mi Band 4 will keep going for up to 20 days on a single charge thanks to the 135 mAh lithium ion battery. Fitbit is not too shabby on this count either. About 5 days of fitness tracking is what you can expect before you’ll need to reach for the charger.

Another similarity in design is the fact that the tracking unit pops out of the fitness band for both of these. And you will need to do this each time you charge the Mi Band. In the case of the Fitbit, you can attach it to its magnetic charger with the band still on.

Here’s a table illustrating all differences in design and hardware between the Xiaomi Mi Band 4 and Fitbit Inspire HR.

Xiaomi Mi Band 4 and Fitbit Inspire HR are great for someone looking for a budget fitness band. They’ll have you covered around the clock and can track a wide variety of sports.

You’ll get 24/7 heart rate monitoring, tracking of steps, distance travelled, active minutes, calories burned, sleep and more. Its quite a comprehensive list. Expect little difference when it come to the quality of data.

Neither of these devices comes with built-in GPS but they both have the ability to tap into your smartphone’s satellite signal. This provides for more precise distance tracking when exercising outdoors. It also means you’ll need to take your smartphone with you for those runs.

Inspire HR comes with a few small extras such as a VO2Max estimate, on-device guided breathing sessions, and Fitbit’s female health tracking suite. Other than that, it’s much of the same. Both devices lack an altimeter so you’ll have to do without a floor count.

Another thing that works in Fitbit’s favor is its software eco-system. Fitbit’s app and website dashboard are better and simper to navigate. Xiaomi has some catching up to do with its app.

In terms of smart functionality, though, Mi Band has the edge. Just like Inspire HR it has smartphone notifications, vibration alarms and different watch faces. But because it features a fully colored display, the available watch faces on Xiaomi’s device are much better.

Mi Band 4 also comes with more customization options to do with the screen, vibration patters for notifications and more. The band allows users to control music playback from their smartphone and there’s a “Find my Band” feature in the app if you having trouble locating the wearable.

Finally, Xiaomi Mi Band also comes with an iteration with built-in NFC. This can be used for making payments through AliPay and WeChat Pay. There’s Xiao AI voice assistant functionality which springs to life when you lift up the band and can be used for controlling Xiaomi’s smart products. NFC and the AI speaker, however, are only built into devices selling in China.

If you’re after a budget fitness bands, Xiaomi Mi Band 4 and Fitbit Inspire HR are amongst the best options out there. They’ll both have you covered when it comes to 24/7 activity tracking and do this well. These are not first generation devices so have nailed down the basics a while ago.

We would, however, put Inspire HR slightly ahead in terms of tracking fitness. It keeps tabs on more activities and comes with a more feature-rich software ecosystem.

The Mi Band has a few advantages, too. The main one is the gorgeous AMOLED display and incredible 20 day battery life. The other advantage worth mentioning is its selling price. It typically retails for about half the price of the Inspire HR.

If the difference in price is not of concern and you are happy with a greyscale display we would recommend the Inspire HR. If you’re looking for a basic fitness tracker and don’t want to spend lots of money, Mi Band 4 does the trick. 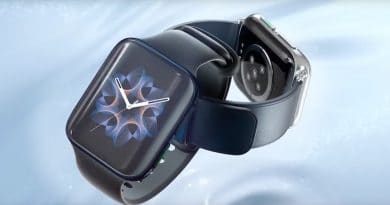 Oppo Watch vs Apple Watch Series 5: here’s how similar they really are 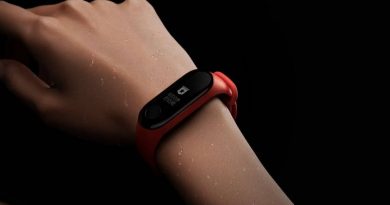 Xiaomi Mi Band 5 vs Honor Band 5 vs Oppo Band: here’s how they compare 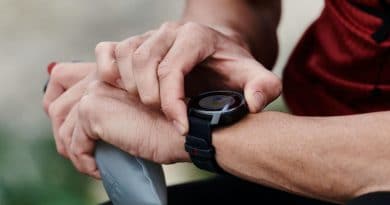