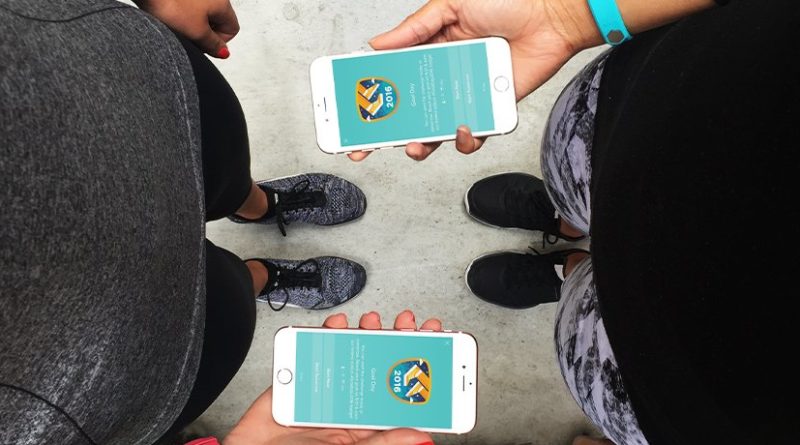 Users are finding creative ways to boost their step counts. As detailed in one of popular Fitbit Facebook groups, this includes everything from marching in place to parking far away when going to a store.

We’ve all been there. It’s nearly midnight and we’re just a few hundred steps away from hitting our daily steps goal. To help you avoid this problem here are some things users do to increase their daily step counts.

Some people say they never use a lift and never take a short cut, drink more water (for bathroom trips), take the dog for a short walk, housework, pace the house, chase after the kids, using the stairs instead of the elevator, walk around the kitchen so much so that the “dogs always stare at me and wonder what I’m doing”.

Or how about this one? “At the grocery store, I make sure my arm is swinging instead of having 2 hands on the cart!” This makes it difficult to push the cart so one user chimes in that they pull the cart, instead.

In addition to stepping in place while folding the laundry, you might be able to get a few more steps in which this suggestion “When I put my laundry away I take one thing at a time. Another way keeps a user’s house spotless – “It adds up to 3,000 steps a day just picking up my kids’ mess.”

The jury is still out on how precise wrist based fitness trackers really are when it comes to tracking heart rate at high intensity activities, or for that matter when it comes to counting calories or tracking sleep. There are other reasons, though, why your Fitbit device may not be churning out accurate statistics. And these have nothing to do with the hardware.

While the ways listed above are fair game we’ve written before on some not so honest ways to log extra steps. You might be thinking, this is beyond my comprehension. Cheating on Fitbit? Why would anyone do this?

Some companies are running office “step competitions”, some of which offer financial incentives, in an effort to encourage employee fitness. In pursuit of victory, some overly ambitious workers are finding some not-so-honest ways to get ahead.

Not that we have tried it, but apparently strapping up your fitness tracker to a puppy can mean logging up to 30,000 steps on the device in a single day. Another tip? It helps if you’re short and therefore need more strides to cover the same distance.

People have even reported attaching their Fitbits and other activity trackers to hamster wheels, power tools, ceiling fans, and even their pet dogs to drive up their step count!

Dan Adams, a sales executive from Ogden, Utah, entered a friendly contest with two co-workers to see who could make the most steps in a week. When he saw that he was trailing, Mr. Adams taped his Fitbit to the blade of an electric saw and left it vibrating. A few hours later, the saw’s vibrations had registered 57,000 steps!

Fitbit doesn’t discuss manipulation of fitness trackers. A spokesman said the company’s products “help motivate millions of users to achieve their goals and to change their daily behaviour.”

“It is a game of cat and mouse,” says Mike Tinney, CEO of Atlanta-based Fitness Interactive Experience, which uses games to encourage activity in corporate challenges.

“If there are loopholes, players find them and exploit them.”

We found a few more innovative ways on the internet that people have found to cheat their fitness tracker. We don’t recommend you try this at home!

Tempted to cheat and strap it to my 4yo. She doesn’t stop moving!

I ran back-to-back marathons totaling 52.4 miles and still had fewer steps than a co-worker who spent the weekend entirely on a snowmobile.

Don’t use a Fitbit myself, but could you tape it to your lower jaw and score steps for talking and chewing?

Wrap it around spoke of car too.

A good friend of mine spent all day painting. A mere 46,000 steps round his shed with a brush in hand.

My Fitbit thinks I’m walking when I’m riding my Harley so I do thousands of steps! It’s annoying but a good way to cheat.

I accidentally discovered that directing music is a way to cheat your Fitbit into thinking you’re taking steps.

I used to wear a Fitbit wristband.  The funniest miscounts were for playing the piano and whisking batter to make chocolate chip cookies.

My mom really gave me her Fitbit so she can cheat her steps.

We took a van tour around Sicily, including some back country roads. A Fitbit will show several thousand steps after sitting on the bus for a morning or afternoon.

I traveled to Darjeeling in the Himalayas in a jeep. Due to the road condition the Jeep could only travel at speed of  5 to 10 miles an hour for long stretches while climbing the mountain. I got many tens of thousands of steps and hundreds of floors by sitting.

You know you are lazy you use a fan to cheat on your Fitbit challenge.

One thought on “Users are finding creative ways to boost their step counts on Fitbits. Here’s how.”