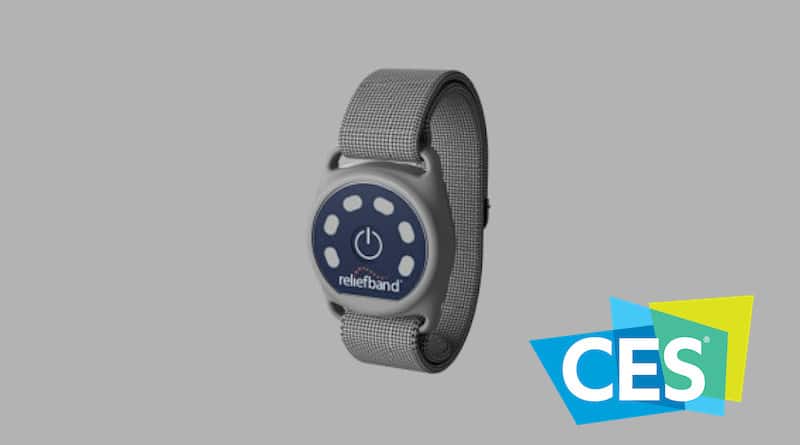 At CES 2020, Reliefband has announced new wearable product lines designed for those who may experience nausea during travel and other adventurous pursuits.

If you have ever felt sick to your stomach on a bumpy plane ride or a rocking boat, you know how miserable it can be. Even after you are back on stable ground, the feeling can last for several hours or days. ReliefBand is a unique, patented, drug-free medical device, cleared by the FDA.

Worn like a watch but on the underside of your wrist, the device emits a low-level electrical current across small electrodes on its underside. It works by stimulating the median nerve located on the underside of the wrist to help reduce nausea. Just slip it on your wrist and adjust the intensity to suit your individual needs.

There’ have been many attempts to come up with a nausea-beater sanctioned by the Food and Drug Administration. Before the ReliefBand, the best hope was a device that rested against the underside of the wrist and worked like acupressure, sending a soothing message to the brain. But those straps aren’t comfortable and didn’t always work well. And medications may help, but usually have side effects which can be just as unwelcome as the symptoms being treated.

As mentioned, the ReliefBand helps with morning sickness and motion sickness.

So how does it work?

Technically referred to as “neuromodulation,” ReliefBand proprietary technology uses the body’s natural neural pathways to regulate the various stimulus mechanisms causing motion sickness. This is technology that has been used in hospital settings for the treatment of post-operative nausea and vomiting, as well as motion and morning sickness for nearly twenty years.

The wearable generates a proprietary programmed electrical pulse from the underside of the device that stimulates the median nerve. The generated signals travel via the peripheral nervous system to the central nervous system and the higher emetic centre of the brain. The signals modulate the neural pathways between the brain and stomach, via the vagus nerve, restoring normal gastric rhythm and relieving nausea and vomiting.

The Pulse Generator at the “heart” of the device holds proprietary electronic components and software to control, develop and deliver a unique pulse with highly specific waveform characteristics. Only these very precise pulses will produce the desired clinical effect.

At its CES 2020 booth in Las Vegas, Reliefband is showcasing a new line of therapeutic wearables that prevent nausea. This includes Reliefband Travel and Reliefband Sport. They build on the existing range which consists of the Classic and Premier models. 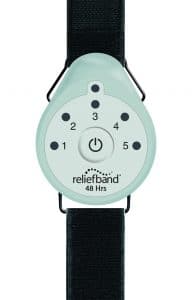 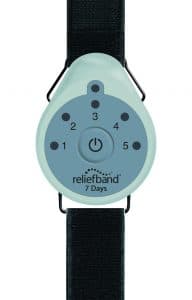 Relieband Travel is a cost-effective, limited use wearable device designed for casual travelers. There are three single-use models which work at a moderate level of intensity for 48 hours, 72 hours, or seven days. They function with non-replaceable/non-rechargeable batteries.

Reliefband Sport benefits from a water-resistant design and a long-lasting rechargeable battery. It offers six-intensity levels of treatment. 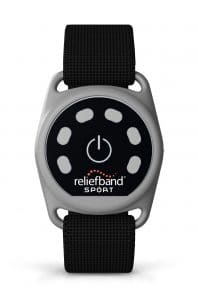 Also on display at the show is a prototype showing how Reliefband Sport can sit on a band with an Apple Watch. The Apple Watch sits on top of the wrist while the Reliefband product delivers therapy to the underside of the wrist.

The company says it has now received expanded clearance from the Food and Drug Administration for treatment with its existing and new range of wearables. This now includes nausea and vomiting associated with anxiety, hangovers, and physician-diagnosed migraines.

The ReliefBand is unlike anything else sold for motion sickness and offers a number of advantages. It is drug free so you won’t have headache, drowsiness, dizziness or other side effects. Instead of having to take something several hours ahead of time, the device can be used at any time, even after nausea symptoms start. There are no restrictions on consumption of food, beverages or medications and unlike medicines, pressure bands, and other passive remedies, the wearable lets you control the level and duration of relief. 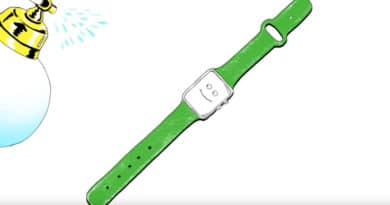 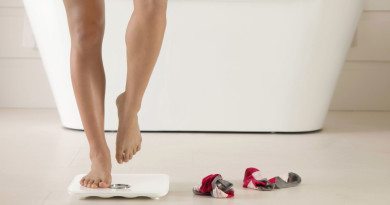 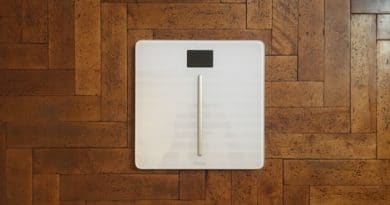 Review: Body Cardio, a stylish scale that keeps tabs on your heart health