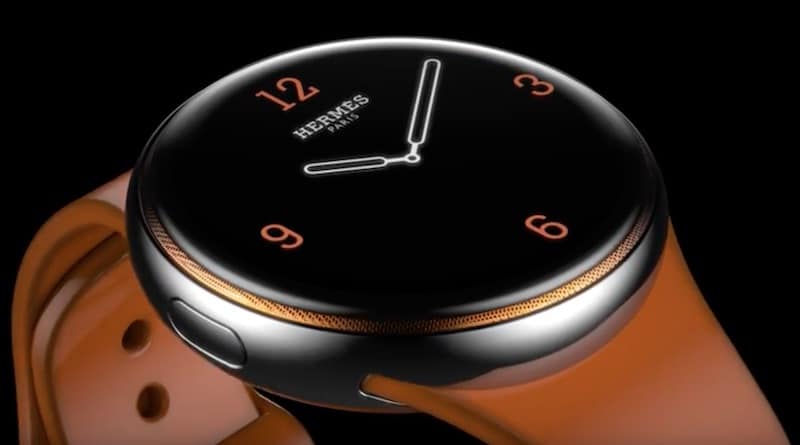 The design of the Apple Watch has remained constant since the very beginning. In fact, the last generation looks exactly like the previous one. It’s still square, the case is pretty much still the same size. Sure it’s become slightly thinner over the years, but if Apple hadn’t mentioned it, we probably wouldn’t have noticed.

But what if the Apple Watch was round?

The Cupertino outfit holds a patent titled “Electronic Device Having Display With Curved Edges”, filed about a year and a half ago. Considering the document mentions a watch, it’s not too much of a stretch to speculate the technology could make its way into the company’s wrist wearable.

It’s worth mentioning, this is not the first patent of its kind filed by Apple. There were two others, one of which specifies a single, continuous, round flexible display covering both the face and the band.

But what would such a device look like? If these concept images rendered by Phone Industry are anything to go by, it would be absolutely gorgeous. Check out their video (via T3).

The concept imagines a device with a round, micro-LED display. It would come with native sleep tracking and battery life of 48 hours.

Of course, just because the Cupertino outfit has been granted these patents, it doesn’t mean that Apple will actually use the design. The company files numerous patents, many of which don’t see the light of day.

It’s a bit of a stretch to expect a circular Series 6 Watch. If we do get such a device it’s likely to be a few years off. And if Apple one day decides to offer a round option, let’s hope Phone Industry is not too far off the mark.