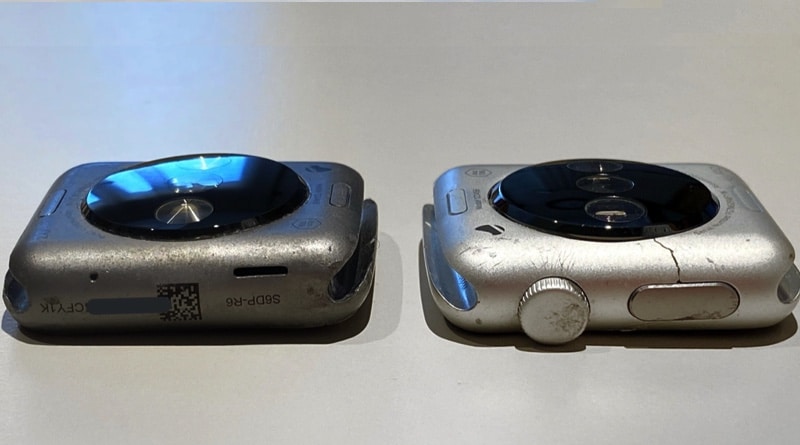 An Italian tech collector has posted pics of original Apple Watch prototypes. Purchased from e-waste facilities, these show the subtle changes the device went through before being released.

Twenty-seven year old Giulio Zompetti comes from Milan, Italy. A keen tech collector and researcher, he managed to get his hands on six models of the Apple Watch. The watch prototypes predate the final product by about a year, he says. Apparently, the devices were recovered from unnamed electronic waste facilities.

It’s a bit of a shocker Apple does not have stricter controls on waste products. You wouldn’t expect a company that takes secrecy so seriously to be so careless.

The prototypes come in slightly different sizes as shown on his Twitter page and the pics in this article. He was not able to get them to work, but believes they could be repaired as all the parts seem to be in place.

Rather than holding on to them, Zompetti hopes to sell working models to other collectors for thousands of dollars. This is what he has done with other Apple device prototypes he has acquired. As you’d expect, there is a big market for this sort of thing.

“This stuff doesn’t have an estimated value,” Zompetti said.

The pics show that from the early days Apple was set on the squarish-shape. It has not detracted from that form-factor since and has no plans to according to recent rumours.

But it’s clear from the pics the company has experimented with different configurations for the heart rate monitor. Believed to be one of the best on the market, some prototypes show a completely different design. Take a look at the back of some of the devices in these images. The heart sensor looks nothing like it does on the current Apple Watch models.

The prototypes do seem to be the real thing. According to Vice, they have small QR codes on them and Apple’s ovular logo that can be found on some other Apple prototype devices.

Here are some more images. 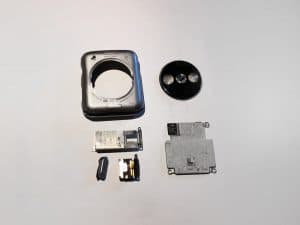 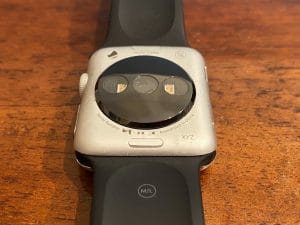 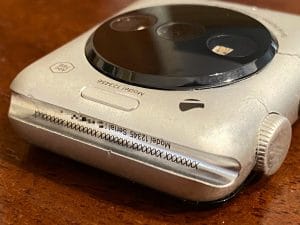 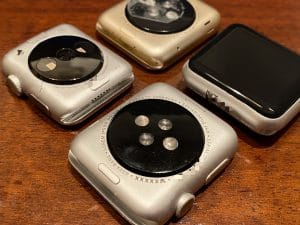