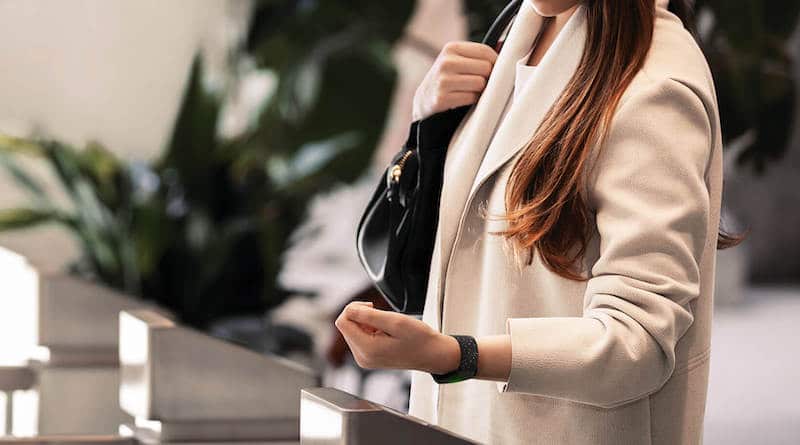 Xiaomi and Fitbit are amongst the best known names in the smartwatch and fitness tracker space – two tried and tested brands. They’ve been around for years and their wearables have gone through multiple iterations, as has their software ecosystem.

Xiaomi’s best selling activity tracker is Mi Band, Fitbit’s is Charge. Both of these have just been updated and come with some handy upgrades over the earlier generations.

Which should you buy? Read on to find out.

Mi Band 5 and Charge 4 both come with the typical fitness band design. The two look quite similar although the first has a more curved appearance. Xiaomi’s wearable is also slightly narrower that the Fitbit and a bit more lightweight. The length and thickness of the duo is similar.

An important difference, though, is in the display. Mi Band 5 comes packing a full color AMOLED with 120 x 240 pixel resolution. It is larger in size than previously coming in a 1.1 inches (versus 0.95 inches) which apparently allows for 20% more visibility. This is the second year in a row the Chinese outfit has increased the size of the display.

Fitbit has opted to keep the screen exactly the same. The 1 inch grayscale OLED on Charge 4 is identical in size and resolution (100 x 150 pixels) to the previous generation. Which means you actually get a better display with the Xiaomi tracker, a bit strange considering it sells for much less than the Fitbit. In addition to the touchscreen, the Fitbit also comes with a capacitive button on the left which acts as a back button.

The excellent 5 ATM rating is the same for both. This means they will survive down to depths of 50 meters. No worries there.

So far, Xiaomi is ahead. But this changes once you look under the hood.

The devices share a 3-axis accelerometer and optical heart rate sensor. Mi Band 5 also gets a barometer and gyroscope. Fitbit’s extras come in the form of an altimeter, pulse Oximeter and built-in GPS.

This last one is particularly important. The previous generations of Charge need to tap into your phone for a sattellite signal. Fitness bands with built-in GPS are few and far between.

Moving on to battery life and once again Mi Band 5 pulls ahead. Despite the boost in specs, this generation keeps going up to 20 days on a single charge, same as its predecessor. The NFC iteration is good for two weeks. Charging has been made easier, in that there is no more need to pop the unit out of the band. Now it is done via a magnetic charging dock.

Fitbit has also managed to keep battery life the same. However this comes in at about a week (and 5 hours with GPS switched on), which is still decent.

Here’s run-down of the differences in design and hardware between the Xiaomi Mi Band 5 and Fitbit Charge 4.

Both of these are decent options for people wanting something to keep tabs on their fitness around the clock. They’ll track the usual which includes steps, distance, calories and activity. During the night the trackers will keep taps on your kip time with detailed statistics to match.

As the more expensive option, it’s no surprise the Fitbit offers some extras. For example, its sleep tracking statistics are more detailed although Xiaomi has added REM sleep for the first time. But with the Fitbit you also get Pulse Ox variations during the night. This can come in handy in identifying sleep issues such as apnea.

As mentioned, another important difference is the built-in GPS. Just like the previous generations of Charge, Mi Band only has Connected GPS. This means it piggybacks on your smartphone’s connection for more precise tracking of outdoor exercise. Those that run or cycle often will really appreciate the addition of built-in GPS, to others it might not make much of a difference.

Fitbit’s device also has a better software ecosystem. Users can switch between the smartphone app and web dashboard, and everything is easy to find and there are a wealth of stats.

Xiaomi is playing catchup but it is closing the gap. It has increased the number of sports modes, its heart rate monitoring is now 50% more precise, and sleep tracking has been improved by 40%. The company has also introduced, for the first time, female health tracking. This allows for tracking of menstrual cycles with a vibration alert for female users. Finally, there’s also a stress monitoring feature that can advise users when to adjust breathing or try to relax. This sounds similar to Fitbit’s Breathe app.

There’s also a barometer this time around. Xiaomi says this is used to detect atmospheric pressure but did not say anything about the altimeter function for counting floors climbed. The Fitbit will count floors climbed, although is a bit hit and miss just like with all wearables.

The two companys have also slapped on some smart features. The fitness bands will spit out smartphone notifications, and there are features such as stopwatch, alarm clock, timer, Find my phone and music control. Nothing too fancy but, nevertheless, useful. The Charge goes a bit further with Spotify integration. Both also have the option of adding NFC for payments on the go.

Xiaomi’s main addition this time around is a larger display, Fitbit’s is built-in GPS. But the fitness bands improve on the previous generation in a multitude of other ways.

The price difference between them is quite sizable so its good to know what you are getting for the extra bucks you’ll need to shell out for the Fitbit. This includes a better software ecosystem, pulse Ox sensor for tracking blood oxygen during the night, barometer for counting floors climbed and most importantly built-in GPS. This last one will be particularly important to those the run or cycle outside often.

If you don’t need built-in GPS and the extras are not important to you, Mi Band 5 presents itself as a decent option that comes at a super-affordable price. It has a color display (unlike the Fitbit), it is more lightweight and discreet, and the fitness tracking has been improved over the previous generations.

Availability of Mi Band 5 starts in July internationally. You can already pre-order it, though, on Gearbest. Fitbit Charge 4 can be picked up on Amazon.