A small life-extending hack can still keep your Microsoft Band 2 alive. It allows the activity tracker to be used in demo mode with basic functionality. 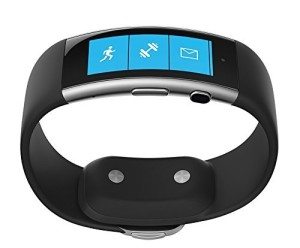 The Microsoft Band 2 was one of the most feature packed fitness bands when it launched back in 2015. It was packed with a decent color touchscreen display and a plethora of sensors. This includes optical heart rate, a 3-axis accelerometer, a gyrometer, built-in GPS, microphone, an ambient light sensor, galvanic skin sensor, UV sensor, capacitive sensor, barometer and a skin temperature sensor – a very impressive list even for 2020!

But the wearable was discontinued as Microsoft has pulled the plug on its health dashboard, app and services in May 31st 2019. Backend services were shut down and the apps removed from the Microsoft Store, Google Play, and Apple’s App Store. Ever since then Microsoft Band 2 users didn’t have a proper way to sync their bands, and had no way of going through the setup when the band was reset.

The Redmond company never revealed why it decided to scrap the whole concept. Perhaps it just didn’t see enough profit amidst modest sales and growing competition.

You can still use your Microsoft Band 2

Thanks to a small hack, existing devices can now continue to be used. A user on Reddit called Rabiet_l (via win future), published his own setup program for Microsoft Band 2 which puts the fitness tracker into a special mode. This allows it to be used without a server connection.

He calls it Band Unlocker. The little program is designed to bypass the OOBE Setup of the Microsoft Band 2. It essentially puts Microsoft Band 2 into the demo mode which was used when it was exhibited in retail.

Anyone who still owns the wearable can now continue to use it with basic functionality. Of course, there’s no longer any smartphone connection and internet services are no longer available. Also, it takes an eternity to find an accurate GPS location. But at least you have a usable wearable!

A word of warning. This is a hack so if you dabble with the program there are no guarantees it will work.