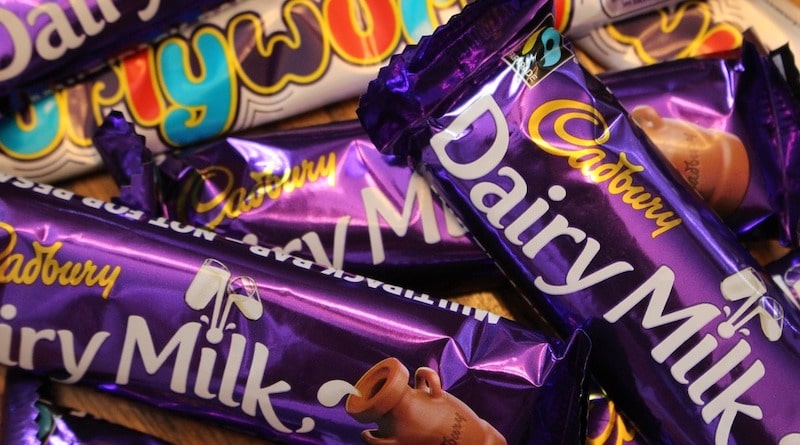 Cadbury is giving away 25,000 free fitness bands to lucky Australian customers who purchase 3 or more of its chocolate products at Coles. The promotion runs a few more days.

Chocolate is fattening but a free fitness band might be able to help you lose those calories. Well known British company Cadbury is the second largest confectionery brand in the world after Mars. Chocolate lovers will immediately recognize the name as it is best known for its Dairy Milk chocolate, the Creme Egg and Roses selection box.

The company is now running a promotion in Australia that’s set to last until July 22 – or while stocks last. Shoppers who buy at least three Cadbury chocolate products in one transaction at Coles qualify to enter a promotion online that might win them one of 25,000 fitness bands.

Just remember to hold on to your receipt. This is because you’ll need it in order to enter your details on the Cadbury website and redeem the offer.

The company has not actually specified which fitness band it is giving away apart from saying it is valued at $28 and posting a picture of it in the promotional material. The text says “bonus smart watch” – but it’s clearly not a smartwatch.

One customer shared a photo to the Markdown Addicts Australia Facebook group. The group was created to show off “Bargain Buy Brags” and other nationwide sale prices and specials.

At first glance this looks like the Xiaomi Mi Band 4. If that’s the case, this is a really decent budget wearable which sports the title as the top selling global fitness band in the latter months of last year. The Chinese tech giant recently spit out its successor, the Mi Band 5, with a larger 1.1 inch display as the main improvement.

However we suspect this is more likely to be the M4 smart bracelet. This is a cheaper replica of the Mi Band that looks the same but is not nearly as good. Interestingly, the M4 is supposed to be able to even measure blood oxygen and blood pressure. Don’t put too much stock in those readings, though, as they are not likely to be accurate on a band that sells for a handful of dollars. But it might be useful for tracking steps, activity and calories.

Regardless whether this is the Mi Band 4 or M4, you only have a few days left to purchase the chocolate and join in the fun. Members of Markdown Addicts Australia Facebook group are certainly keen on the offer. They’ve left more than 600 comments on the Group page sharing their excitement.