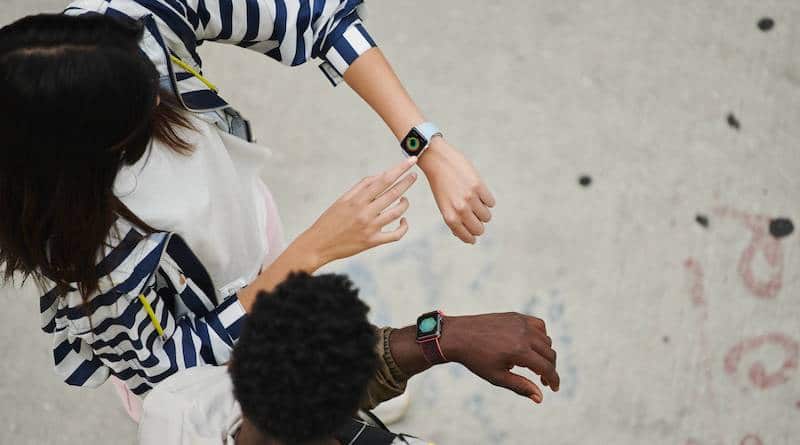 A new report states that Apple, Garmin and Huawei accounted for around 70% of smartwatch market revenue in the first six months of 2020.

This is according to statistics published by Counterpoint Research. Despite the challenging circumstances this year, smartwatch makers have managed to increase their revenue by 20% in H1 as compared to the same period last year.

“The smartwatch space remains a popular consumer device segment, compared to the downturn seen in smartphone demand and many other segments in the first six months of 2020 due to the devastation caused by COVID-19,” said Senior Analyst at Counterpoint Research Sujeong Lim.

“Close to 42 million smartwatches were shipped in the first half of 2020 as wearables continue to see greater demand with consumers becoming more health conscious.”

Some companies have fared better than others, though. Apple extended its market share from 43.2% last year to over a half this year. This was mostly due to sales of its Series 5 watch and Series 3 which has come down in price recently. These two were the best selling smartwatches in the world so far this year.

The Cupertino outfit should get a further boost with the launch of the Series 6 device, and possible introduction of the budget Watch SE edition. The first should be out in a couple of weeks time, the second reportedly early next year.

Garmin also put in a strong performance. It extended its second place in the rankings with a 9.4% share in 1H 2020, up from 8.9%. The company has recently suffered from a cyber attack which caused a multi-day server outage. It will be interesting to see whether this has any negative effect on sales going forward. We do not expect this will be the case as the company has a solid following and is known for quality hardware.

Huawei improved its position to take up third place. Its Watch GT2 was the third most popular device in 2020 by shipment volume due mostly to sales in its home market of China and other Asian markets. It overtook Samsung which had a bit of a quiet period with no new devices to show in the first six months of the year. This has changed, but only recently with the introduction of Galaxy Watch 3.

Fitbit is another company which has lost share this year. Amazfit and Xiaomi, on the other hand, had a strong period.

The report states that WearOS is more or less maintaining its 10% share of the smartwatch market. Apple WatchOS is, of course, in the lead. Huawei’s Lite OS and Amazfit’s Amazfit OS are slowly closing the gap on WearOS.

As far as sensors, currently some 60% of smartwatches have built-in heart rate monitors. Counterpoint Research expects SpO2 and fall detection to be the next to see mass-adoption.