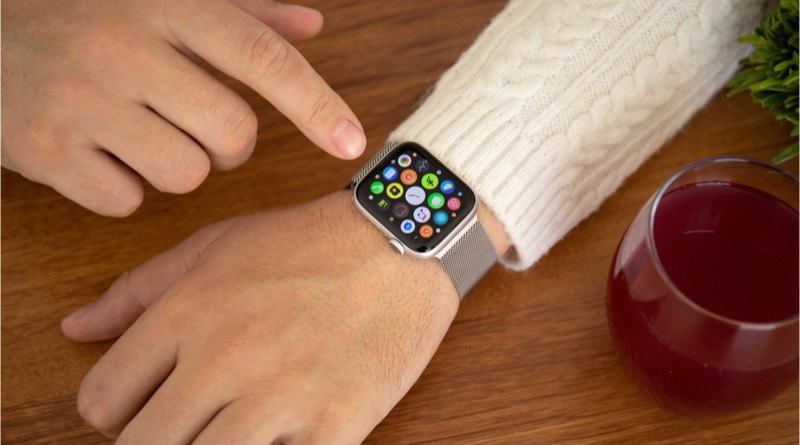 The next Apple Watch might come with Touch-ID according to a newly discovered patent. Whats more, it will reportedly feature a faster processor and better water-resistance.

The Series 5 device has not been around for long but rumors are already coming thick and fast on the 2020 device. Now a new patent with the United States Patent & Trademark Office reveals some possible upcoming features.

As discovered by Patently Apple, this reveals the Cupertino Outfit may be planning to bring the electronic fingerprint recognition feature, Touch ID, to the Apple Watch. It’s already made its way to other devices such as the iPhone and iPad, so the Apple Watch may be the next logical step. The patent also describes moving the internal watch antennas to the actual band.

We are yet to see if the new Touch ID feature is added to the Series 6 watch, a later device or not at all. The next iteration will not come before September 2020 so there is a bit of a wait.

A separate rumor comes from Apple analyst Ming-Chi Kuo. He says next year’s watch will come powered with a new Apple S6 chip. An upgraded processor is a given. Apple has done this every year. But Series 6 may also swap the liquid crystal polymer or LCP material for a flexible circuit board. This, along with faster Wi-Fi and 4G LTE speeds should enhance internal data transmission and overall performance of the device.

Kuo also expects the next generation to have better water resistance. The last few iterations of the Apple Watch are rated 5 ATM which is actually pretty good. But further improvements in this area should make the device safer to use when, for example, scuba diving and water skiing.

The final rumor is to do with the display. Some were hopeful we’d see a microLED display on the Series 5. This did not pan out so the hopes have now shifted to the 2020 version. A microLED display should help with battery life as it is less power-hungry and we all know battery-life remains a sticking point.