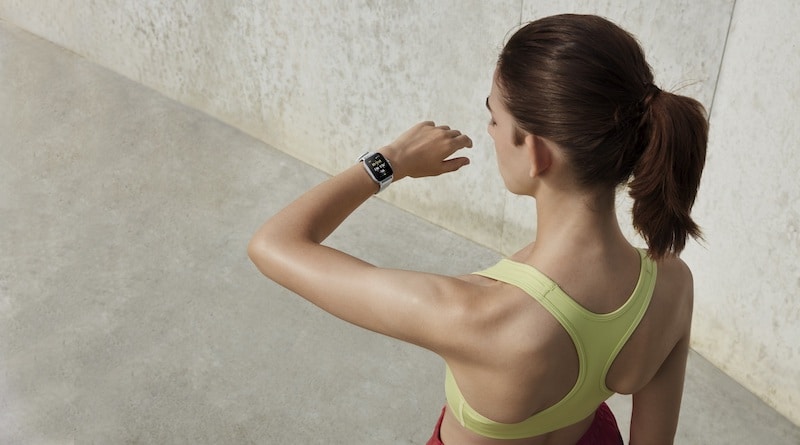 Huami has made available the Amazfit GTR 2 and GTS 2 smartwatches in the US and UK today. Both come with some nice upgrades.

The watches will cost $179 at the Amazfit store and Amazon. Amazfit GTR 2 can be purchased from October 30th and Amazfit GTS 2 from November 1st in the US and 15th in the UK.

We first reported on the new watches in early August. Since then we saw the unveiling of Amazfit Neo. The sub $50 dollar device comes with a rather odd retro look that reminds a bit of the old Casio watches. It has a four-sided, 1.2 inch STN black and white display, similar in shape to what you’d find on Amazfit Ares.

Unlike the Neo which may be the beginning of a new line, both GTS 2 and GTR 2 are second generation devices. Pretty much the same in specs, the first is circular in shape the second rectangular. The devices come with lots of functionality baked in including built-in GPS.

Both of the second generation watches are iterative upgrades on the original timepieces but sleeker and lighter. GTR 2 comes with the same 1.39″ AMOLED display as before. It’s covered with a mirror glass with 9H Mohs of hardness to withstand scratches and falls. The resolution is 454 x 454 with 326ppi. This type of display offers up to 450 nits of brightness and has an always-on display mode.

The watch is thinner than before at 9.7mm and lighter at 24.7grams. Despite this Huami has managed to squeeze in a larger 471mAh battery that offers 14 days of battery life in normal mode and 38 days with limited functionality.

The screen can be customized from one of 40 different faces. This is done via the recently renamed Zepp app that is available for both Android and IOS.

As far as sensors, the main upgrade is the 9-axis accelerometer instead of a 6-axis one. Other than that you get the latest BioTracker 2 PPG, 3-axis geomagnetic sensor, air pressure sensor, capacitive sensor, ambient light brightness sensor, GPS + GLONASS and NFC.

In our reviews of original last year there were issues with GPS and heart rate during exercise. Let’s hope Huami has improved on both.

The final important upgrade over the original is built-in storage for music. There’s 3GB of memory on-board for this purpose. Songs can be transferred to the watch via a WiFi connection. Of course the device retains the Bluetooth connection which can be used to hook up to wireless headphones or a smartphone.

Unlike the Chinese version, the international iteration comes with Alexa support. There’s a microphone and speaker on-board so all the hardware is there. This can also be used to take calls from a connected smartphone, something that was not offered before.

The new watch comes in a classic variant and sports model. The first has a stainless steel body and a leather strap, the second an aluminum alloy body and a silicone strap. In both cases the size of the watch is the same.

We also got today the second generation of the elegant GTS. This one comes with an AMOLED display measuring 1.65″, so a fraction bigger than before, but overall the device is lighter and thinner.

The ppl is 341 and the thing has 450 nits of brightness and a diamond coating to protect against scratches. You are able to customize the display with multiple dials.

The internal specs are not that different from GTR 2. The watch also has 3GB of storage for music. And there’s the new blood oxygen monitoring function along with sleep apnea monitoring. Both the GTS 2 and GTR 2 come with 12 sports modes. This will be expanded to 90 further down the line.

The battery is larger than before at 246 mAh. This offers up 7 days of battery life in normal use mode and 20 days with basic usage. You’ll also find Bluetooth 5.0 and WLAN 2.4GHz for the internet connection.

The slim Amazfit GTS 2 will be available in a midnight black, desert gold or urban grey aluminum alloy case, plus matching strap.