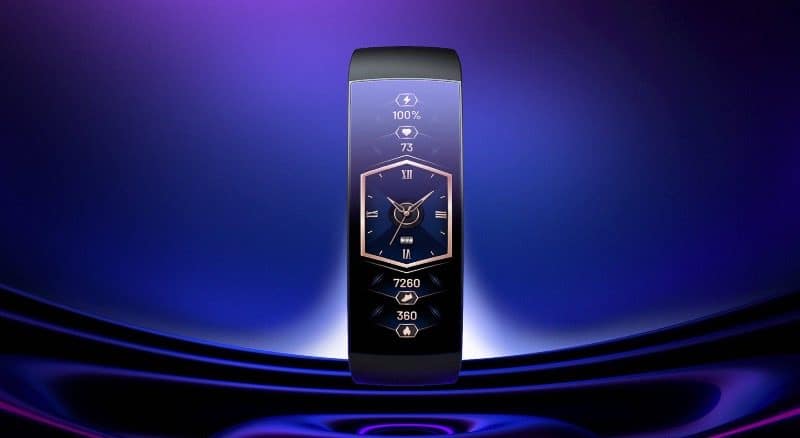 Xiaomi is reportedly working on a futuristic looking fitness product with a wraparound display. Dubbed Mi Band X, it might launch in 2022.

Reports out of Russia reveal images from an internal presentation on the upcoming device (via NotebookCheck). One of the participants took a picture of a slide and posted it online. We’re not really sure how they managed to do this and remain undetected, as it looks to be a closed meeting with few participants.

A (machine) translation of the Chinese text reads “360 flexible scroll screen without a strap.” The device is expected to be extremely thin and light, and obsidian in colour. Everything will be held in place with a magnetic bracelet buckle – which is all that is needed really considering the wraparound display.

Press reports link Xiaomi Mi Band X to Nubia Alpha Watch, but we think a more adequate comparison is with Amazfit X. Particularly considering Huami (known as Zepp Health internationally), is the manufacturer of both Amazfit and Mi Band products.

To remind, the Amazfit X had a very successful campaign on Indiegogo which raised over $2 million dollars. The wearable looks far ahead of its time with a beautiful curved 2.07-inch display. The screen has HD resolution (326 ppi), 100% NTSC high color saturation and brightness of up to 430 nits.

As far as features you get the standard gamut offered by Amazfit-branded devices including their proprietary operating system. For health and activity, the thing tracks movement, exercises, heart rate, sleeping and blood oxygen saturation.

That all sounds good in theory, but the device has received mixed reviews from its Indiegogo backers. There is talk Amazfit X suffers from battery drain and there are fitness and GPS tracking accuracy issues. We have not tested it yet but will hopefully do so in the near future.

The details on Xiaomi Mi Band X are scant for now, so it might be too early to take about a potential launch. Particularly as there are no actual technical specs or a picture of the product.

It is extremely unlikely, therefore, we will see Mi Band X until well into 2022. What works in Xiaomi’s favour is that is will be able to tap into Huami’s experience with Amazfit X.