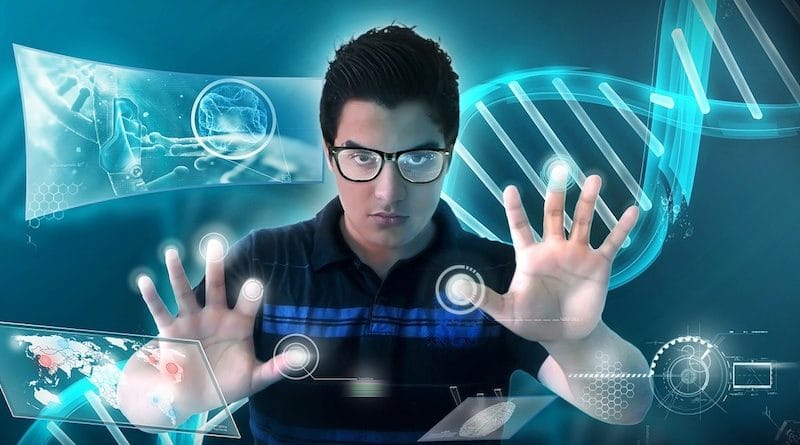 While some have viewed the merging of technology and physiology as fantasy, reality is showing that this is no longer just science fiction. On the contrary, the beginnings of this process are well underway. We are however, still in the early stage of this evolution.

Many people found the first wave of wearables came up short. Entry-level price points were high, and accuracy was not all that it was cracked up to be. Things have progressed since then and the market has transitioned from basic fitness trackers to more complex devices including smartwatches and sports watches. Whats more, prices have come down rapidly.

In the next few years we expect wearable tech will become much more powerful. Of lots of promise is something that is being developed by Rockley Photonics. Their clinic-on-the-wrist wearables will be able to continuously monitor a bunch of stats including core body temperature, blood pressure, body hydration, alcohol, lactate, glucose trends and much more from the wrist.

The hope is that we will get the first such wearables off the production line in 2023. It is worth noting, even if that turns out to be correct – it will probably be a few more years before tracking all of that from the wrist becomes commonplace.

What does the medium to long term future hold?

Search the internet, and you’ll find a plethora of articles attempting to predict where technology will lead us in the next few decades. One name that stands apart is Ray Kurzweil.

Bill Gates calls Ray, “the best person I know at predicting the future of artificial intelligence.”

So who is this mystery man?

He has received 20 honorary doctorates, been awarded honors from three U.S. presidents, and has authored 7 books (5 of which have been bestsellers).

Ray Kurzweil is the principal inventor of many technologies ranging from the first CCD flatbed scanner to the first print-to-speech reading machine for the blind. He is also the chancellor and co-founder of Singularity University, and the guy employed by Google to direct its artificial intelligence development.

While he hasn’t been precisely right in every single prediction, his track record in making forecasts is very impressive.

So what does the future hold according to Ray? Strap on, it makes for exciting (and scary) reading.

All of this sounds incredible, but think back 10 to 20 years ago. Just like Ray’s predictions are hard to believe today, the internet, the iPhone, Google would have seemed unlikely back then. And they would have seemed like science fiction only a few decades earlier.

Now you might be wondering if Ray’s predictions have changed. After all, he published them nearly two decades ago. The short answer to this is – no. We are still right on schedule. And another book in the series is scheduled for publication in June 2024 – it will be called The Singularity is Nearer. Check out his recent interview on the Lex Freedman podcast.

Ray’s predictions are a byproduct of the power of Moore’s Law.

Moore’s Law contends that as components get smaller, products gain efficiency and become more powerful. Moore’s law is part of a continuum of exponential expansion of computational power that extends back hundreds and hundreds of years. This means that in addition to accurately charting the progress of semiconductor technology from 1960 until now, it goes further. As before that there were other computing technologies, back to the abacus and beyond.

What this means is, that you can think of current wearables as the Osborne Executive portable computer strapped to your wrist.

This image shows an Osborne Executive portable computer, from 1982, with a Zilog Z80 4 MHz CPU, and a 2007 Apple iPhone with a 412 MHz ARM11 CPU; the Executive weighs 100 times as much, has nearly 500 times the volume, costs approximately 10 times as much (adjusted for inflation), and has about 1/100th the clock frequency of the smartphone.

5G, which is ultra-reliable and has low-latency, has gradually started rolling out. Currently most wearables are connected to WiFi or Bluetooth at all times. With 5G they will always be connected untethering them from smartphones and allowing them to live on the cloud. First we’ll have 5G fitness trackers and smartwatches, then 5G smart clothes.

Wearables will go much further

As hard as it is to believe, ultimately wearables will go much further, even going into ingestibles. In the next few years, it is likely that some people will start to rely on embedded devices – technology that is physically implanted into their bodies. And most people will choose to implant these devices as it will improve their quality of life and extend their lifespans.

There is little doubt that human beings are increasingly merging with technology. Some are of the opinion this is a good thing while others, such as Elon Musk, offer words of caution – particularly about AI.

What is clear is that computers are no longer just for our desks and pockets. They are now proudly displayed on our bodies and will one day merge with them. The innovations that will enable this are inevitable and already well underway!

One thought on “Wearables – a glimpse into the future”