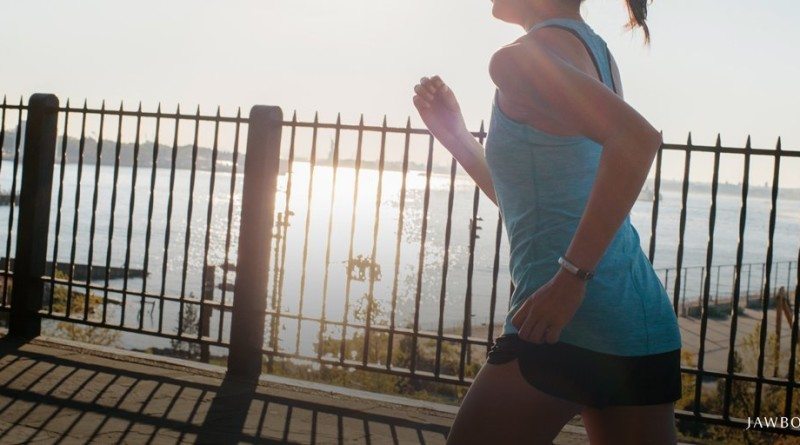 Jawbone has recently published analysis of activity data from tens of thousands of members of its UP community. The analysis aims to show what you can do to improve your heart health.

The human heart beats more than 3.5 billion times in an average lifetime. The heart rate is not a stable value and it increases or decreases in response to the body’s need in a way to maintain an equilibrium between requirement and delivery of oxygen and nutrients. Each heart beats involves the coordination of a complex system of muscles, veins and arteries.

We recently wrote about a new study that suggests that resting heart rate can be used to predict your chance of dying during the next two decades. This is the first time the risk has been quantified. The study of over 1.2 million people found that those who have a resting heart rate of 80 bpm are 45% more likely to die of any cause in the next 20 years compared to those with the lowest measured heart rate of 45 bpm.

The general conclusion is that the fitter you are, generally the lower the resting heart rate. This is due to the heart getting bigger and stronger with exercise, and getting more efficient at pumping blood around the body.

When comparing activity levels, people who on average take more steps have lower resting heart rates. This is consistent with our recent blog post, which suggests that only taking 1,000 extra steps per day and weight loss leads to lower blood pressure. And it has been well known for some time that excessive sitting has a detrimental effect on our health. One professor has even worked out from statistical analysis that chairs kill more people than smoking! 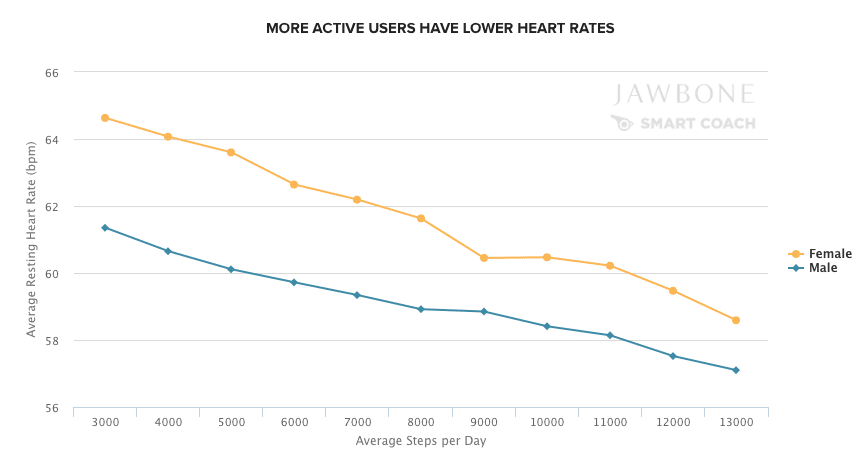 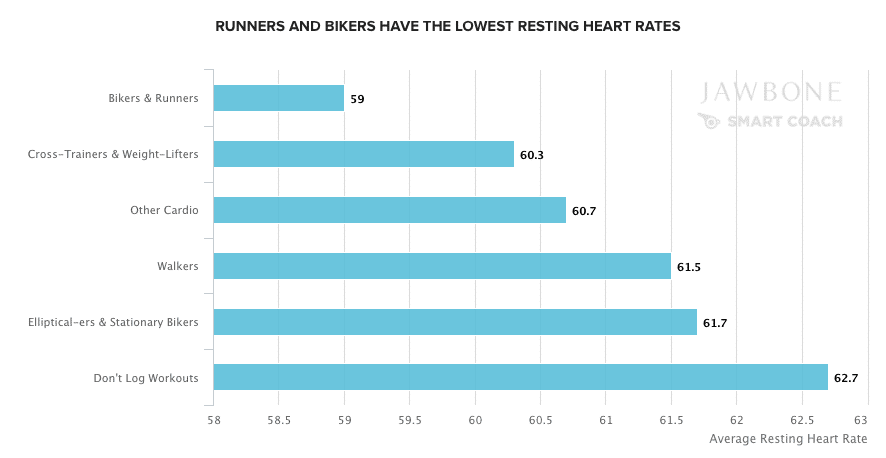 There are many short-term behaviours that can slightly affect your resting heart rate. Jawbone found that the most important day-to-day factor was bedtime; going to bed later than usual is correlated with a higher resting heart rate the next morning. Even when people sleep more on the weekends, they tend to go to bed later and experience higher heart rates. This could be a result of excessive caffeine or, on the weekends, alcohol intake which is disturbing the heart rate. 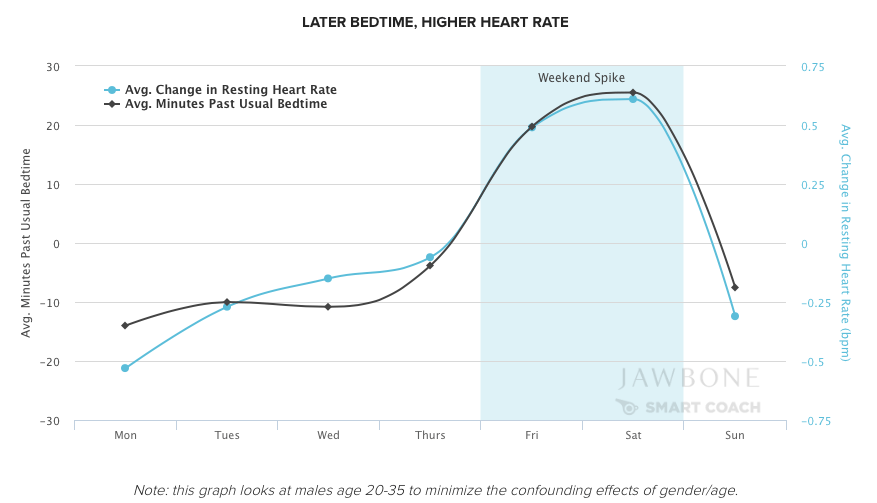 So what is the conclusion?

Aim to go to bed at a reasonable hour and limit the caffeine and alcohol intake in the evenings. Also, make small changes that will lead to an increase your activity level such as standing up at least once an hour, and getting at least 30 minutes of activity every day. And finally, keep an eye on your resting heart rate. This is easier than ever as there are a number of activity trackers that will automatically do this for you.