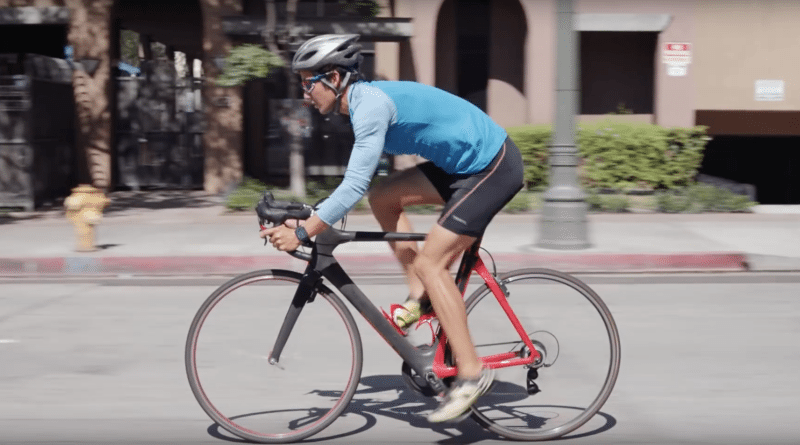 Ahead of the Mobile World Congress in Barcelona, Garmin has officially announced two new products, the Vivoactive HR and the Vivofit 3. Both of these devices build on the company’s existing products.

The Vivoactive successor takes all of the features from the original device but upgrades it with a heart rate monitor and a sleeker, albeit slightly bulkier, new design. The device looks similar to the Fitbit Surge and features a rectangular, always-on, Garmin Chroma touchscreen display. The improved screen is sunlight readable with a resolution of 148 x 205 pixels.

Following in the footsteps of the Blaze, you are able to switch bands with different coloured ones. Users can also personalize their device with free apps, widgets, watch faces and data fields. Unlike the Blaze, Garmin vivoactive HR has built-in GPS, which means there is no need to pair it with your phone in order to use GPS tracking.

The Vivoactive HR counts steps, intensity minutes, monitors sleep, and now with the addition of a barometric altimeter – counts the number of floors climbed. The device features 24/7 wrist-based heart rate data to calculate calories burned as well as the intensity of fitness activities. Built-in sports apps include running; cycling; golf and swimming with newly added support for paddle boarding and skiing.

Garmin’s new tracker also features Move IQ™, a feature that recently arrived via a software update, which continuously monitors for periods of sustained activity. This is essentially auto-recognition for running, swimming, cycling and elliptical, and means that you don’t need to push buttons to start tracking workouts. Once synced with Garmin Connect, users can review their full day of activity in a Timeline view.

The Vivoactive HR will display any notification from a compatible smartphone, including incoming calls, texts, emails, calendar reminders and social media alerts and more. Additional capabilities allow you to check weather information, control music on your smartphone, and locate your smartphone to name a few.

The battery life for GPS mode has been extended to up to 13 hours, from 10 hours. The device has enough juice for up to eight days in watch/activity tracking mode, down from 3 weeks due to the inclusion of the 24/7 HR sensor. The watch has a 5 ATM water resistance rating.

“The Vivoactive HR builds on the incredible versatility and multi-functionality of its predecessor by adding wrist-based heart rate and a barometric altimeter – allowing it to track even more data essential to workouts and day-to-day activity,” said Dan Bartel, Garmin vice president of worldwide sales.

“All your efforts to stay active are accounted for from taking the stairs at the office to going on a run or ride.”

We are certainly excited about the new Garmin device. Essentially, rather than a smartwatch with fitness capabilities, you get a fitness watch with smartwatch capabilities. It will definitely give Fitbit Blaze a run for its money.

The devices sells for a suggested retail price of $249.99, and is available in regular and extra-large fit bands. Accessory bands will be available in black, white, force yellow and lava red.