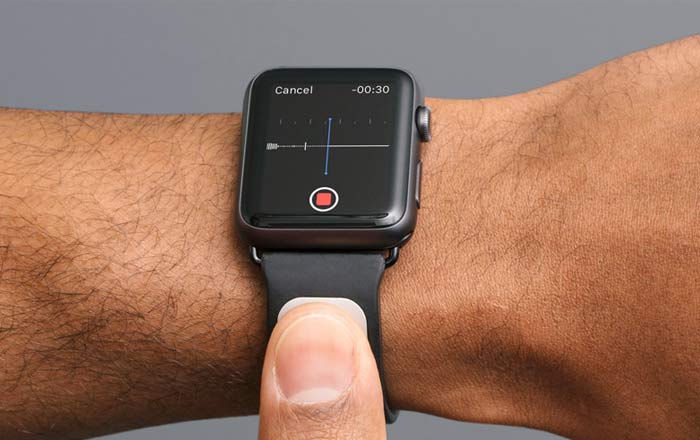 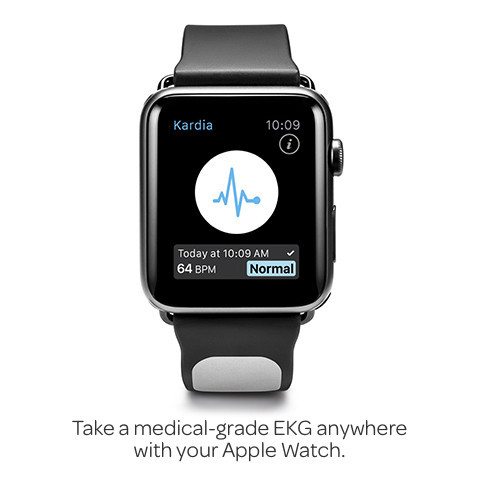 A smartphone accessory company called AliveCor today unveiled the first medical-grade EKG band for the Apple Watch. The “Kardia Band” as its called, is a product intended to help wearers detect cardiac arrhythmia conditions that can cause stroke, as well as indicate whether your heart rate and rhythm are normal.

The Apple Watch built in heart rate monitor is fairly limited. It attempts to measure your heart rate every 10 minutes, but won’t record it when you’re in motion or your arm is moving. In workout mode, the measurement is continuous. Apple Watch uses green LED lights paired with light‑sensitive photodiodes to detect the amount of blood flowing through your wrist at any given moment. By flashing its LED lights hundreds of times per second, it can calculate the number of times the heart beats each minute — your heart rate. There are, however, many fitness trackers on the market which offer better heart rate tracking, and some of these can monitor your heart rate 24/7.

The San Francisco startup already sells a number of products including cases for smartphones that allow users to get EKG quality heart rate readings by placing their fingers on metallic plates. The company has now announced that it is bringing similar technology to the Apple Watch.

The Kardia Band puts its sensors directly onto a sporty looking Apple Watch band. You press on the band with your thumb to take a reading. The accompanying Apple Watch application then processes the data. The app also allows you to record voice memos which can then be sent along with the EKG reading to your doctor. AliveCor said that the app can also connect to Apple’s Health app, so users can integrate their EKG readings into established fitness data like step count and weight.

“Kardia Band for Apple Watch represents both the future of proactive heart health and the introduction of the Wearable MedTech category,” said AliveCor CEO Vic Gundotra.

“These combined technologies give us the ability to deliver personal reports that provide analysis, insights and actionable advice for the patient and their doctor,” he added.

While, clearly, the product is aimed for those that may suffer from existing conditions, it could also be used by anyone interested in learning more about their health. The Kardia Band is currently undergoing clearance approval by the Food and Drug Administration, but the company says that it’s expecting to receive this in the next couple of months. Pricing and release date information is yet to be announced.