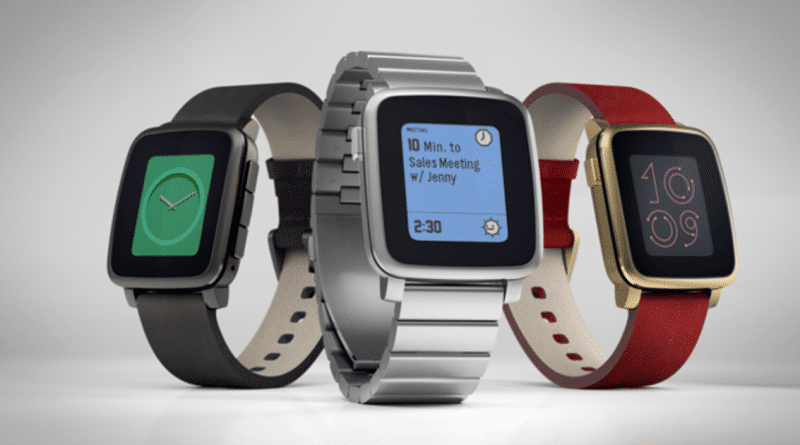 Pebble Technology Corporation, a smartwatch company that started before the introduction of the Apple Watch, announced it is laying off close to a quarter of its workforce this week.

Amid increasing financial concerns, the company has raised $26 million over the last eight months in a mix of venture capital and debt. The company’s Kickstarter campaign in early 2015 reached its goal ($500K) in 17 minutes, $1M in 49 minutes, $10.3M in 2 days, breaking another Kickstarter goal, and finally earning $20.4M by its deadline on 3 March 2015, making it the most funded Kickstarter project to date.

“We’ve definitely been careful this year as we plan our products,” the company’s CEO Eric Migicovsky told TechInsider.

“We got this money, but money is pretty tight these days. We want to be careful. Pebble is in this for the long haul. We have a vision where wearables will take us in five to 10 years, and this is setting us up for success.”

In the short term, the company plans to put more focus on health and fitness, which seems to be the feature drawing most customers in at the moment.

Pebble’s troubles come at an interesting time in the wearables industry. Earlier this week, Apple dropped the price of of its least-expensive watch by $50 to $299. Pebble’s watches are priced from $100 to $250, according to the company’s website. Fitbit and Jawbone stock has not been doing that well for a while now.

“It’s been surprising to see how quickly valuation expectations are recalibrating,” Craig Hanson, a partner at Next World Capital in San Francisco, told CNBC.

“Rounds will be harder to raise, valuation multiples will be lower, and, in many cases, companies will have to demonstrate metrics that back up the big projections they promised before.”

IDC, a popular research firm, sees a 38% increase in wearable device shipments this year to a record 110 million. Shipments should continue to see double-digit growth throughout the 2015-2020 forecast period, as more vendors get into the wearable device market and consumer demand rises. Smaller companies may, however, find it increasingly difficult to find their footing amidst an increase in competition from the likes of Apple, Samsung and Xiaomi.