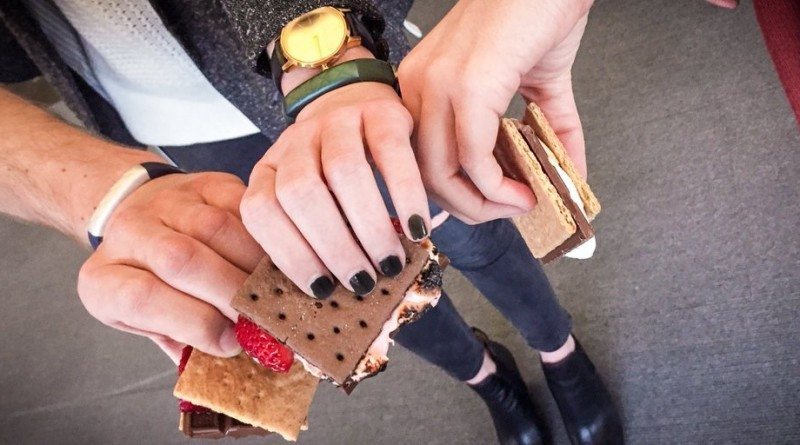 Wearable technology has become a part of everyday life, whether its fitness trackers, smart jewelry or a pair of shorts that track your workouts. Although sales are booming, it is fair to say though that wearables are yet to become mainstream.

Colloquy, a marketing-focused research company, recently released the results of a February 2016 survey of 1,060 American consumers 18 years or older. The survey suggest many people still have a number of concerns about wearable devices.

According to the report, it seems that many of those in the US are more likely to place a wearable on their pet (41%), than on themselves. Most believe that wearable devices are too expensive (63%), just over one out of every two Americans (52%), said they don’t know enough about wearables and don’t understand them, and the majority of those surveyed (58%) said they’d like to use a wearable but feel like they’re too old.

On a more positive note, over a third of consumers believe that wearable technology is nerdy but “cool” 27%, most said they “used to hate shopping but with my wearable I love it”, and only 8% said wearable devices are uncomfortable.

“Retailers should consider sending one-to-one, targeted offers to shoppers’ wearable devices, including on-the-fly pricing adjustments based on inventory and even time of day.”

Additionally, about a third of respondents (32%) indicated that they are concerned with the privacy and potential fraud issues associated with wearable technology. Security and privacy have been a nagging issue for wearable makers for some time, but this suggests that many consumers may have overcome these concerns.

The Colloquy survey results are based on an online survey taken in February 2016 of 1,060 American consumers. The margin of error is +/- 4% at the 95% confidence level. For  further details head over to the company’s website. 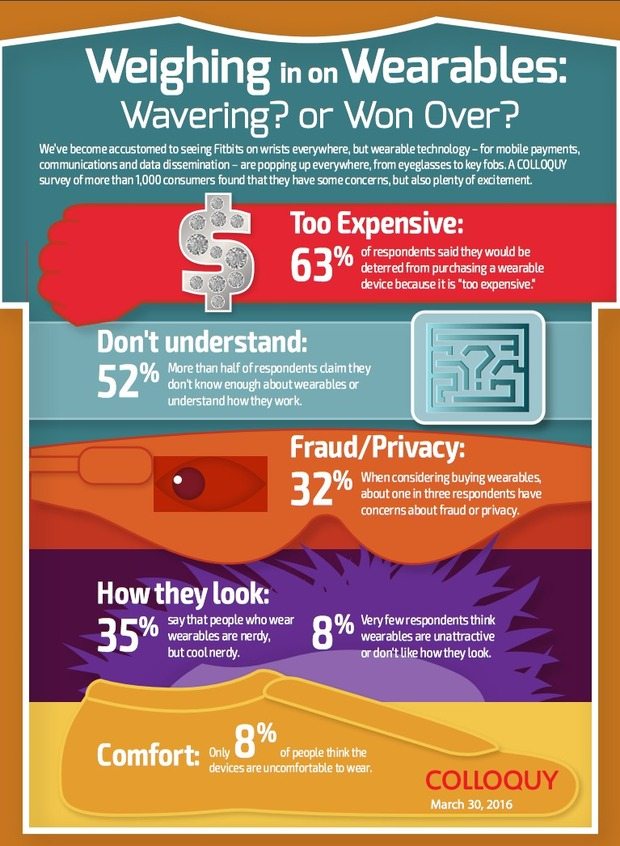