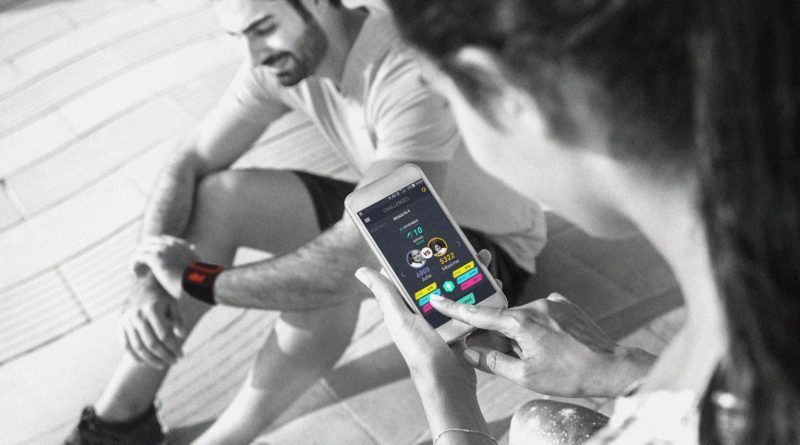 Babolat in collaboration with French tech outfit PIQ have recently launched the ‘Babolat and PIQ’ tennis sensor. This $179 neoprene wristband is billed as the world’s first connected wristband that sports a real-time display. The device comes on the heels of the $90 Babolat Pop wristband, its less sophisticated cousin.

Similar to the POP, the ‘Babolat and PIQ’ comes in the form of a lightweight wristband-mounted sensor that records your stats. PIQ says its device tracks data using 13 different axes and includes NFC and Bluetooth Low Energy. Despite the differences in price and features, PIQ says both models share the same user community.

To use the device, place the tracker inside the wristband, turn it on, and play. ‘Babolat and PIQ’ will then track many metrics of your shots including velocity, height, air time, G force, amplitude and trajectory. Best of all, the information can be seen on the wristband display in realtime. With a press of a button, you will find details on your serve speed and shot analysis. The display gives you instant feedback, giving your playing experience a new dimension.

“We believe that the player’s ambition to perform more will go beyond the scoreboard,” said Ongan Mordeniz, PIQ’s co-founder and COO

“this new dimension in tomorrow’s connected tennis…will push you to your limits.”

The wristband stores all information until you are ready to connect with the corresponding Babolat Pop app on your smartphone. The first time you use the app, you need to link it to the sensor and activate it with the PIQ tennis activation card included in the package. Once that’s done, you are set to go.

The app will show you your session data in detail. You will find an overview of your past matches and training sessions, along with statistics such as the number of shots played and the duration of the game. For each session you will get data on how you played: stroke-breakdown, racket speed, spin-breakdown and more. The app will also show your best PIQ Score, highest serve speed and best rally.

In addition, you can manually enter data such as where you played (the app uses GPS to select tennis courts around you, but you can also enter the information manually), who you played against, the match result, court surface, etc.

There is a social aspect as well. The app will allow you to challenge your friends, remotely and create a social network that lists top stats of all users. You can also compare your performances with professional players.

‘PIQ and Babolat’ comes with a charger with a built in battery of it’s own that once fully topped up can charge the wristband sensor up to three times. The wristband sensor works up to six hours on a single charge, which means that the charger can give you up to 18 hours of use.

PIQ’s sensor is actually a multi-sport unit that’s adaptable to other sports. In fact, the company recently launched a golf, kite board and ski applications. They all use the same core unit, but sell with separate accessories.