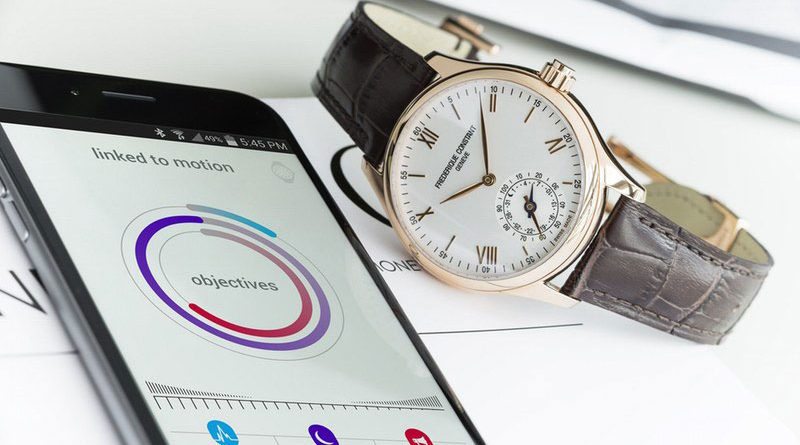 Swiss watch manufacturers were in firm control of their market during the 1980s, 1990s and early 2000s. But its abundantly clear that the industry, which generates more than $20 billion in exports every year, is experiencing a decline.

According to the Federation of Swiss Watch Industry, exports of Swiss watches fell nearly 9% to 1.4 billion Swiss francs in August. This represents the 14th consecutive month of decline. And the rise of the smartwatch category is not exclusively to blame.

Bloomberg refers to the current market conditions as the ‘perfect storm’. The host of reasons behind the decline includes: the strong Swiss franc; the anti-corruption campaign in China and fall of the renminbi which is dampening demand from the country; and the rise in gold prices which is hitting hitting sales of precious watches. European sales have also been effected by a slowdown in tourism following the high-profile terror attacks on the continent earlier this year.

The smartwatch category itself has seen a slowdown in sales this year. The fall was almost entirely due to the Apple Watch which saw a 55% year-on-year decline during Q2 2016. To be fair, Q2 2015 coincides with the release of the first generation device so the fall was not entirely unexpected. Despite this the Apple Watch has managed to increase market share and become the second most popular watchmaker in the world, behind Rolex.

Swiss watch-makers are fighting back though. For a long time, the industry, a source of great national pride, enjoyed an air of exclusivity and ignored the internet. But this is slowly changing.

Take Frederique Constant, a manufacture of luxury wrist watches based in Geneva. The company’s CEO told The Verge they are planning to introduce nine new designs of its Horological Smartwatch in the coming months. Five of these will be womens’ watches and four mens’ watches. They are all set to use new Manufacture Modules Technologies models, which in addition to tracking your movement, sleep and activity, allow for incoming call and message notifications.

“The reason why there has to be so many different designs is because people have different tastes and they don’t want to look all alike. You probably wouldn’t like it if there were five colleagues walking around with the same shirt and the same shoes and the same pants, right? It’s the same with a watch which is an even more personal object for many people than just a shirt or pants, ” Stas told The Verge.

Essentially, Frederique Constant and other traditional Swiss watchmakers are counting on the loyalty of their customer base. After all, the watch industry is about glamour and history. But the industry is also realizing that it needs to target more affordable price points. And they are aiming for the analog smartwatch category, which is projected to rise more quickly than digital in the coming years.

“We know from research and from hundreds of years of work that the primary reason people buy these watches is because of the design,” added Stas.

“They really want to have a beautiful product on the wrist. And then, okay, you can debate what you find beautiful, it could be a classical watch with a beautiful gold case and a dial with small applied markers, diamond cut hands, or it could be a sports watch like a Breitling with tons of turnable bezels and flight information. But again [it’s] typically with hands and not with a digital display.”

Once the new watches are out, Frederique Constant will have 15 distinct smartwatch designs on the market, far more than any other smartwatch maker. Only time will tell whether the Swiss manage to turn market fortunes around. Apple has, after all, raised the bar yet again. This time with its most recent Apple Watch Series 2 device.