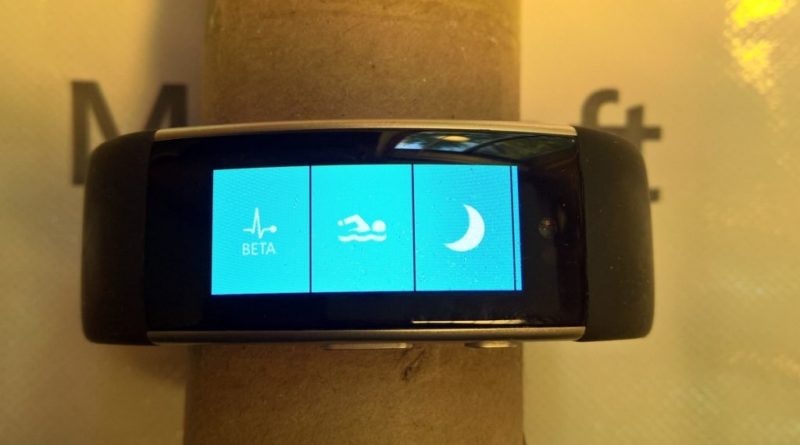 Its now a year since Microsoft unveiled its second generation band. The company recently removed the wearable from its online store and has told ZDNet it has no immediate plans to release a third generation tracker. This leads to the conclusion the tech giant may be preparing to drop the whole concept. But that doesn’t mean Microsoft wasn’t planning a Band 3.

Leaked images of a prototype have surfaced on the Windows Central forum. The device, which can be seen in the images above and below, show a Band with a different clasp design, but with the overall look of its predecessor. The tracker is said to be waterproof, feature an EKG sensor and an RFID chip. The user behind the pictures chose not to reveal their source, citing NDA concerns.

On the software side, the images show a swim tile for tracking swimming sessions and an EKG sensor for monitoring blood pressure. A built in EKG sensor is a first for an activity tracker. It is questionable though whether the quality would have been good enough to make the readings useful. The picture does show the world ‘beta’ next to the EKG tile. Nevertheless, it would have been an exciting development.

Unfortunately, we may never get to see the tracker. If Microsoft abandons the band, we certainly home another company can acquire the technology. In the meantime, enjoy the pictures. Unless the leaker decides to post more images, it might be the last you’ll see of Band 3. At least for a while.