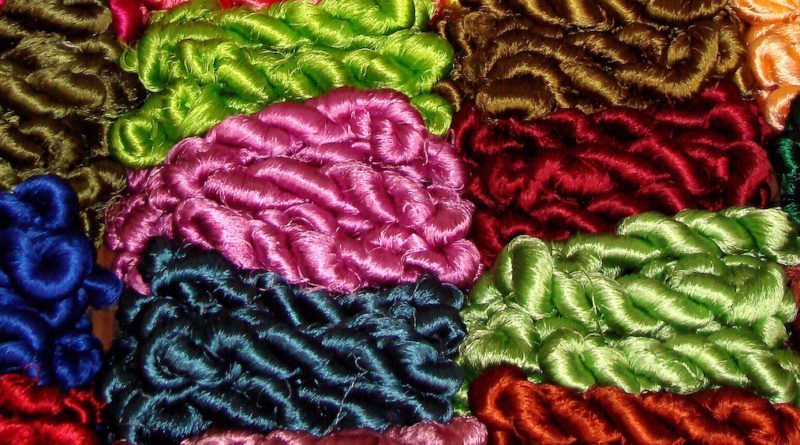 Graphene has many extraordinary properties. The one-atom-thick material is about 100 times stronger than the strongest steel. It conducts heat and electricity efficiently and is nearly transparent. It turns out, this wonder material also holds the secret to making super tough silk that conducts electricity.

A team of scientists from Beijing’s Tsinghua University in Beijing fed graphene to larval silkworms by dissolving it in water, then spraying the solution (0.2 percent graphene by weight) on mulberry leaves. Their results sparked international interest.

The experiment produced a silk that was twice as strong as ordinary silk. Furthermore, the team found that their super-tough silk conducts electricity, meaning it could be used to produce wearable electronics.

“The idea is to have these technologies embedded into existing material, so we won’t need to build multimillion dollar factories,” Juan Hinestroza, head of Cornell University’s Textile Nanotechnology Laboratory, told Wired.

Beyond wearable technologies, the material could even be used to create biodegradable medical implants and eco-friendly wearable electronics.

There is more research to be done. How exactly the silkworms process the graphene and incorporate it into their silk remains unclear. Also, scientists have yet to determine how much graphene to feed the silkworms, as much of it ended up excreted or metabolized.

Graphene has not been around for long. It was only invented in 2004 by a team at University of Manchester. Mass production has been the stumbling block for the material. The results of this research suggest that production of the material could be scaled up, finally allowing it to go mainstream.

“For many years people have been looking for graphene applications that will make it into mainstream use,” Ravi Silva, a University of Surrey professor and graphene researcher told Newsweek earlier this year.

“We are finally now getting to the point where these applications are going to happen.”