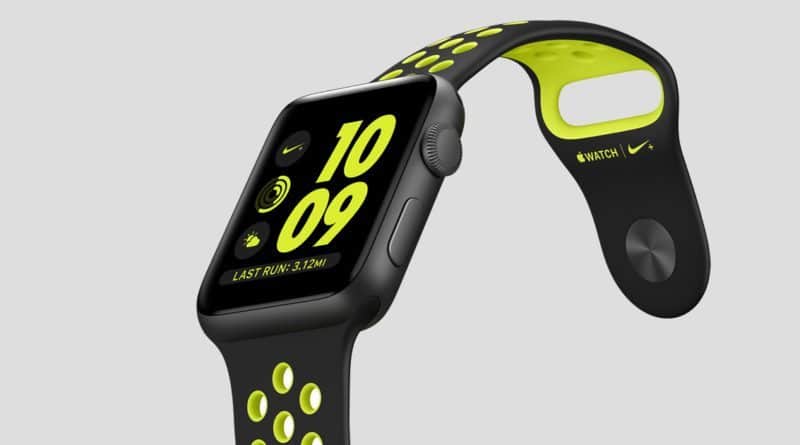 Apple has released the Watch Series 2 Nike+ edition on October 28th, just in time to meet the company’s promised late October launch date. This is essentially the same second generation watch, suped-up to better meet the needs of runners. You get the new Nike+ Run Club app out of the box and exclusive Nike Sport Bands and unique watch faces inspired by Nike’s iconic style.

The wearable arrives some ten years after the two retail giants first teamed up to produce the Nike+ iPod Sport Kit. They parted ways soon after and Nike went on to create its own activity tracker – the FuelBand. In April 2014 the company discontinued the device to “focus on software applications”.

“We have been working on this project in some way or another since day one,” said Stefan Olander, the head of Nike’s Digital Sport division.

“We were looking at the aspiring runner and thinking about how can we design something that looked like an invitation to run.”

While the Cupertino company didn’t deliver a significant design refresh this year, new components in Apple Watch Series 2 make it better, while software upgrades makes it smarter and more useful. The device is finally getting closer to where it should have been all along.

In terms of performance, there is no change to the collaboration edition. Like all Apple Watch Series 2 models, the Nike version has built-in GPS to track your pace, distance, and route. With the brightest display Apple has ever made, your metrics are much easier to read, no matter how much the sun glares. And Apple Watch Nike+ is rated water resistant 50 meters, so you can even take a post-run dip in the pool. Also, lets not forget, the new watch is 50% faster than the predecessor device, and includes a longer battery life.

As mentioned, the Nike+ edition puts more of a focus on running. The watch has a colorful lighter wristband sporting holes to improve ventilation, providing a more breathable fit. It is made of the same elastomer material found in the Apple Watch Sport band.

You can choose from a number of custom watch faces which feature Nike’s iconic “Volt” (yellow) color and boldly display the time in both digital and analog styles. There’s also a complication for launching the Nike+ Run Club app.

Unlike the exclusive watch faces, you can download the Run Club app to any of the new Apple Watch smartwatches. The software provides coaching and workouts created by Nike “master trainers.”

The app tracks the distance, pace, and GPS route of your runs. There are some social features as well, and a very detailed scheduling feature. You can, for example, receive reminders to run triggered by your friends’ shared activity, the current weather, or your own history. Imagine scheduling runs based on what the weather’s going to be doing throughout the day. Cool stuff.

“One of the things that comes back loud and clear from feedback from our runners is that it’s not that easy to stay motivated — a lot of people need a little extra push,” Olander said.

“Traditional watches are one-way interactions. They don’t really communicate with you. But we wanted to make this feel like a running partner.”

The Nike+ Watch is available in four different designs. They all come with a 38mm and 42mm case size option. You can choose between the space grey aluminium case with a Black/Volt or Black/Cool Gray Nike sports band, and an aluminum case that comes in either a Flat Silver/White Nike or a Flat Silver/Volt Nike sport band. When you combine this with the bright watch faces, you really get a vibrant device that stands out.

The device is on sale now and it comes at the same price as the regular Series 2 watch. If you are someone who is serious about running this might just be the Apple Watch of choice for you. Others are probably better off going for the standard edition.