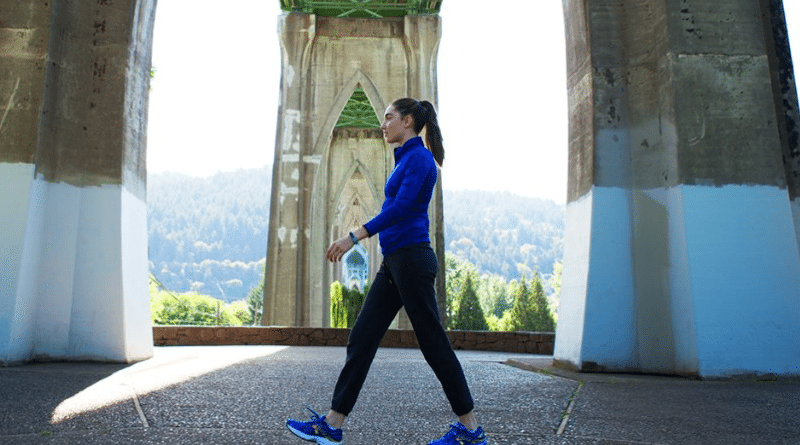 Fitbit and Apple top the wishlist for first time shoppers of wearable tech according to a new survey from YouGov, a leading international based market research firm. Fitness tracking remains the primary reason for purchase, well ahead of more sophisticated smartwatch functions such as notifications and calls.

The market for wearable technology is clearly on the up. Global shipments are expected to increase by a third this year to a record 101.9 million units according to the International Data Corporation (IDC). Growth will continue in the years to come. IDC predicts that annual shipments will more than double by 2020 to 213.6 million units per year.

YouGov’s quarterly report quantifies the evolution of this growing market.

Deciding on a fitness tracker or smartwatch is very much a personal choice. According to the report, some 13% of consumers in the United States report that they’re more likely to buy a wearable fitness device for themselves than as a gift for someone else. Close to 10% of these purchases are expected to happen during this holiday season. This equates to some 7 million adults in the US.

In terms of brands, Fitbit and Apple dominate the list, followed by Samsung. Fitbit is the global leader in wearables sales. There is a reason its trackers sell so well. They are simple to use, reliable, look smart, provide great vitals statistics and have an excellent app behind them. In 2016, we saw a number of new members of the Fitbit family. The latest additions are the Charge 2 and Flex 2 activity trackers.

Despite reports of a struggling smartwatch market and decline of Apple Watch shipments, the wearable remains a popular choice with many. While the Cupertino company didn’t deliver a significant design refresh this year, new components in Apple Watch Series 2 make it better, while software upgrades makes it smarter and more useful. The device is finally getting closer to where it should have been all along. 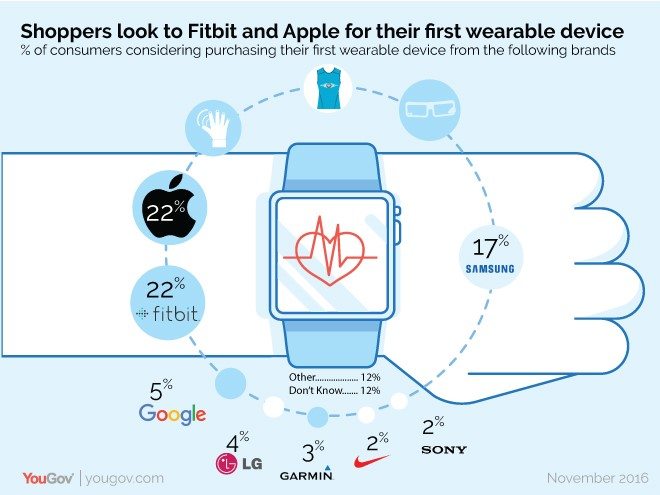 Brand is clearly important, but YouGov says nearly three-quarter of people buy their first wearable only after doing extensive research. This includes everything from reading websites such as the one you are on right now, to asking family and friends for their opinion. 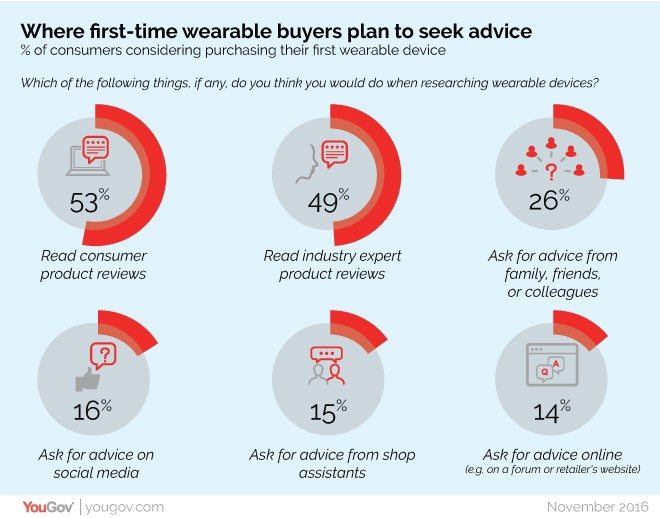 Finally, YouGov’s survey also reveals typical features that first-time wearable buyers look for. Topping the list is heart rate tracking (56%), followed by tracking daily fitness (54%), time and date display (51%), and sleep (44%). Smartwatch features such as notifications and calls are not as important. 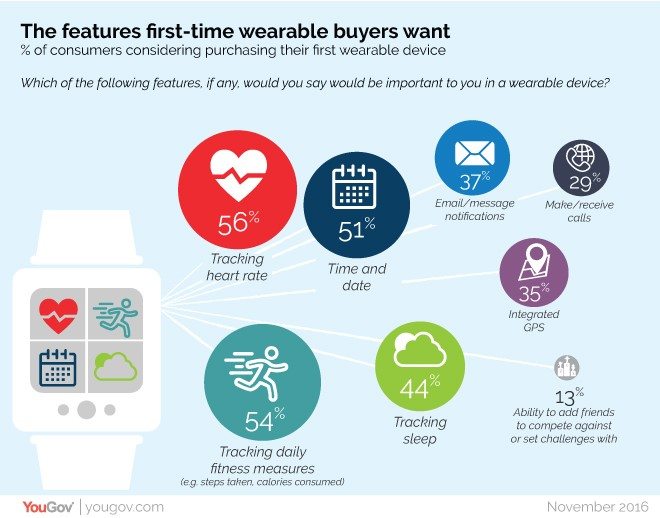 The results from the Survey clearly support trends we have seen over the past year. Shipments of wearable devices continue to rise, but fitness tracking and simplicity seem to be the driving factor. While smartwatches were once expected to take the lead, basic fitness wearables reign supreme.

More information on YouGov’s survey can be found here.