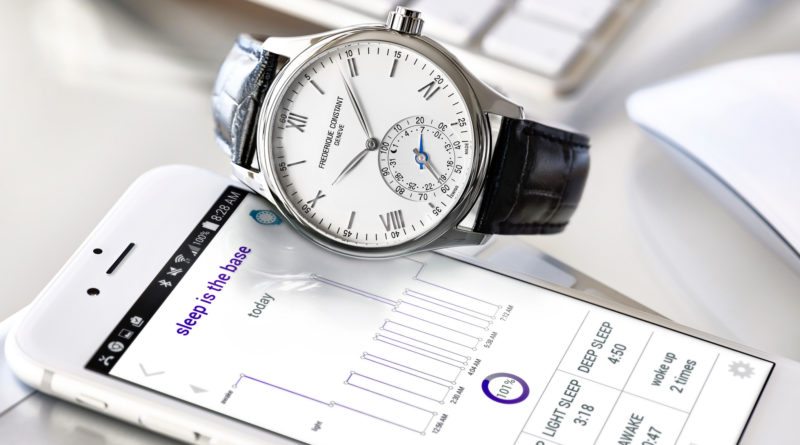 The Swiss watch industry has been facing challenging conditions since 2015. Exports of mechanical watches fell in 2016 to their lowest level in five years. At the same time, new opportunities for Swiss companies are arising from the smartwatch sector.

For a long time, the industry, which typically generates more than $20 billion in annual exports, enjoyed an air of exclusivity and ignored the internet. Now traditional watchmakers are queuing to grab a share of this fast-growing market via technology partnerships and investments.

Essential reading: Top hybrid smartwatches, the best of both worlds

TAG Heuer has, for example, recently partnered with Google and Intel for its TAG Heuer Connected watch. And Frederique Constant, a manufacture of luxury wrist watches, is working on nine new designs of its Horological Smartwatch. Five of these will be women’s watches and four men’s watches.

“If it is true that Apple has sold around 20 million Apple Watches and has a market share of around 50%, then the potential is enormous,” Jean-Claude Biver, an industry veteran and head of LVMH watch brands, told Swiss paper SonntagsBlick.

“A luxury market arises as soon as people want to differentiate themselves from the masses. That is the case here as well. With our know-how, Swiss quality and prestige we have the best preconditions to master this segment too”.

Biver also added that the industry is not facing an existential crisis as it did in the 1970s. At the time, it nearly collapsed under siege from such Japanese upstarts such as Seiko, which introduced technology as a cheaper, more accurate alternative to Swiss mechanical watches.

The rise of the smartwatch category is not exclusively to blame for the difficult market conditions. Weakened foreign demand, especially from key markets Hong Kong and China, is actually seen as the greatest risk to the sector according to the Deloitte Swiss Watch Industry Study 2016.

The survey found that 82% of watch executives expect a negative outlook for 2017, up from 41% in 2015 and 19% in 2014. Only 2% had a positive outlook. The strong Swiss franc, the anti-corruption campaign in China and fall of the renminbi are also contributing to the bleak outlook.

However, there are a few bright spots. The industry’s unique positioning in the luxury segment, the strong brand image of many of the Swiss players, the appeal of the Swiss Made label, and new markets could all offer opportunities according to the Deloitte report.

“Although the volume of smartwatches is likely to exceed that of Swiss wristwatches in 2016, they are still far behind in terms of sales value,” said Jules Boudrand, Director at Deloitte in Switzerland and co-author of the study.

“Their progression in such short time is indeed impressive but there is currently no sign that this growing category poses a significant threat to the Swiss watch industry. Smartwatches should rather be considered as an opportunity for some Swiss brands to differentiate themselves and capitalize on their strong brand name.

So far, Swiss brands have not played a very important role in the smartwatch market in terms of sales. Nevertheless, if it is to survive, the industry cannot afford to ignore the potential opportunities posed by this new market segment.

Only time will tell whether traditional Swiss watchmakers manage to turn market fortunes around. Apple has raised the bar yet again in 2016. This time with its Apple Watch Series 2 device.