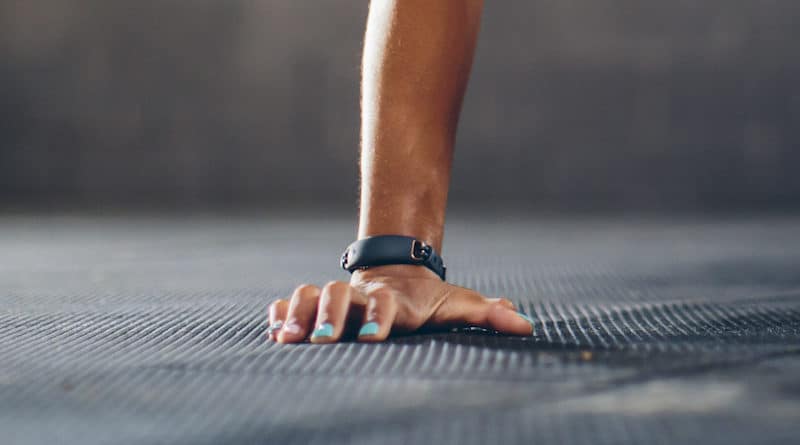 Adidas looks to be preparing to rival Fitbit with a fitness tracker of its own. The company is apparently working on a new fitness device dubbed the Chameleon HR fitness tracker. Wearable also revealed the German sports giant is working on an All Day fitness app. Both were said to be looking at a 2017 release.

The second part of the rumour turned out to be true. Last week Adidas announced a new All Day fitness app for women. Released in collaboration with Exos (human performance company), Verily (Alphabet’s healthcare and life sciences subsidiary), and the American College of Sports Medicine, the app offers daily guidance in the form of meal plans, customised workouts, sleep advice and mindfulness exercises. Where the software stands out from the competition is in its balanced mix of content.

It seems that Adidas has used this opportunity to also give us a teaser of the upcoming device. The press material accompanying the All Day fitness app shows a never before seen fitness tracker. One of the images shows a fashionable device consisting of a main unit attached by links to a strap. The wearable in no way bares any resemblance to the company’s previous fitness band, the miCoach Fit Smart, adding credence to the rumours.

As its name suggests, Chameleon HR is likely to keep track of your activity, heart rate and sleep metrics. It is set to launch in a bunch of colours and customisation options, but not much else is known.

While you are waiting for the official release, you can give the new software a trial run. The All Day app is in beta stage and Adidas is inviting individuals to sign up to test the software ahead of official release this summer.