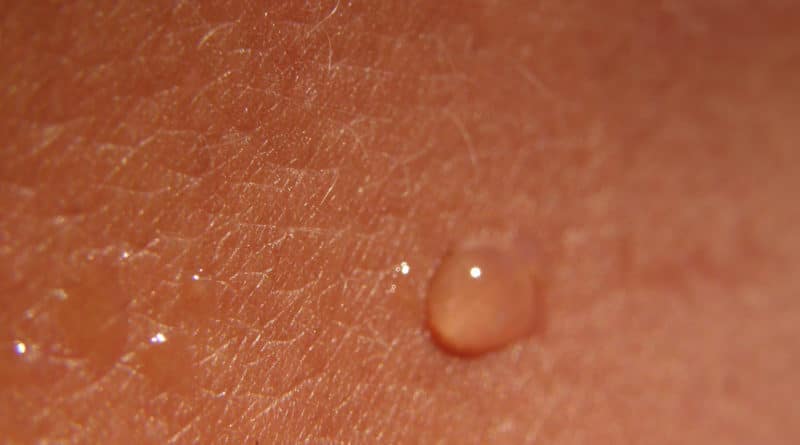 A new wearable developed by scientists can diagnose diseases by analysing sweat.

Sweat is often viewed as the next frontier in wearable technology. Every drop of this liquid tells a story about what is happening inside the body. Sweat provides information on dehydration, stress, muscle cramping, high cholesterol, depression and even blood glucose.

The new wristband type device is being developed by researchers at the Stanford University School of Medicine in collaboration with the University of California-Berkeley. The sensor works by looking at molecular constituents of sweat, such as chloride ions and glucose, and then electronically transmitting the results for analysis and diagnostics. Details of the study were published online yesterday in the Proceedings of the National Academy of Sciences.

The new wearable has the potential to transform diagnostics and drug evaluation for diseases like diabetes and cystic fibrosis. One of the ways in which the device differs from previous models is that it does not require patients to sit still for a long time while sweat accumulates in the collectors.

“This is a huge step forward,” said Carlos Milla, MD, associate professor of pediatrics at Stanford.

The two-part system of flexible sensors and microprocessors sticks to the skin and stimulates the sweat glands to produce minute amounts of perspiration. This is collected and analysed for different molecules and ions based on their electrical voltage. Results are then transmitted in real time to a server that can make sense of the raw data.

The team used the wearable sweat sensor in separate studies to detect chloride ion levels – high levels are an indicator of cystic fibrosis – and to compare levels of glucose in sweat to that in blood. High blood glucose levels can indicate diabetes.

As everything is self contained and portable, the system could potentially be used in underdeveloped communities or villages in developing countries. The wearable can send measurements to a cloud and receive a result right back after review at a specialized center.

The science of sweat is still in the early stages although clinical uses trace back to the 1950’s. It is only now, however, that we are witnessing rapid acceleration of the technology for applications ranging from athletics to pediatrics to pharmaceutical monitoring.

The work is an example of Stanford Medicine’s focus on precision health, the goal of which is to anticipate and prevent disease in the healthy and precisely diagnose and treat disease in the ill.