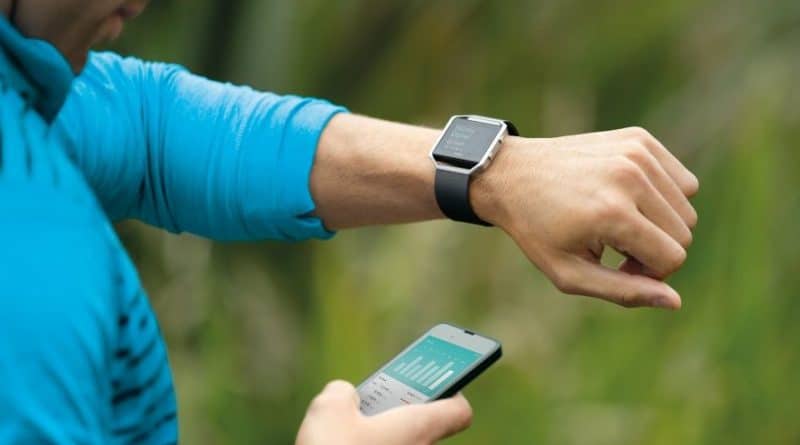 Fitbit shares jumped as much as 13% in after-hours trading Wednesday after the company reported first-quarter earnings and revenue that beat expectations.

In a maturing wearables market, the California based outfit has been struggling to make a profit and reported an adjusted loss of $.15 per share on revenue of $299 million. But this was above the consensus of analysts polled by Thomson Reuters who forecast a .18 loss per share on revenue of around $280 million. The company revealed that it sold 3 million devices, well down on 4.8 million a year ago.

“Underlying consumer demand has been better than our reported results in North America as we work down channel inventory levels, giving us increased confidence that we will enter the second half of 2017 with a relatively clean channel,” CEO James Park said in a press release.

“While 2017 remains a transition year, we have executed on our restructuring plan,” Park added. 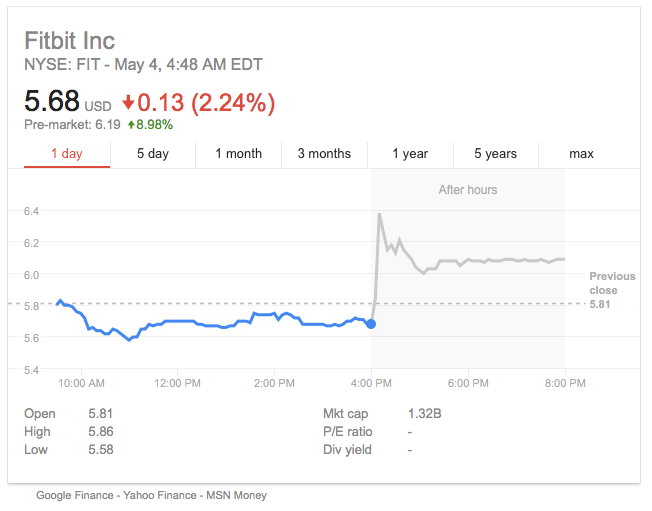 Not surprisingly, revenue was boosted by new products including the company’s flagship Charge 2 device, Alta HR and Flex 2. They accounted for 84% of revenue in the three months to end-March. Despite the jump, the stock price remains 22% down on this time last year.

Fitbit’s CEO used the opportunity to share a few more details about the company’s upcoming smartwatch. He said that “new product introductions are on track” and that he’s “optimistic” about entering the smartwatch category because he believes Fitbit will offer its “own unique perspective” on it.

Photos leaked a few days ago, show a device that looks like a fancy version of the Blaze smartwatch. It reportedly sports a high-res colour display, built-in GPS, heart-rate monitoring, contactless payments, on-board storage for music and four days of battery life. Commercial launch is expected sometime this fall.