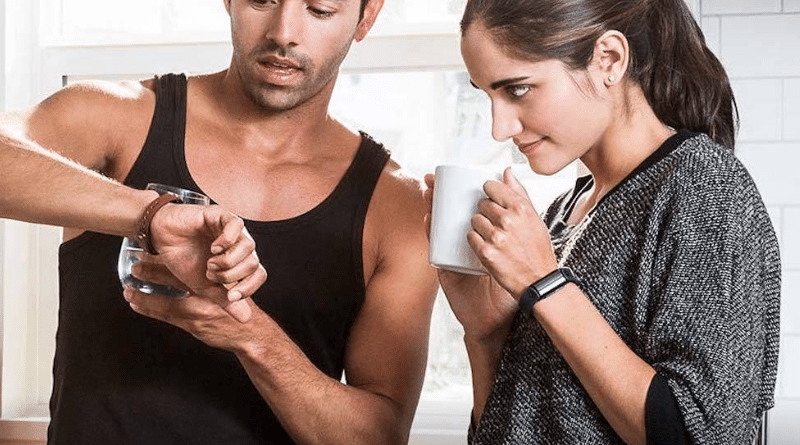 LVL Technologies announced today a $6.75 million Series A financing round led by the Samsung Catalyst Fund.

With participation from Maxim Integrated Products and other investors, LVL hopes to bring its hydration tracker to market by summer 2018. The company had previously raised $1.2 million on Kickstarter and a further $2.5 million in another Series A financing round back in 2013.

The wearable is the first of its kind. It uses red light technology to measure hydration levels and grab accurate heart rate readings. This technology penetrates 10 times deeper into your body than the green lights commonly found in fitness trackers.

“Water is such a critical part of who we all are,” said Dr. Dustin Freckleton, founder and CEO of LVL Technologies.

“Our bodies are made up mostly of water and yet our internal thirst drive does a surprisingly poor job of helping us stay properly hydrated. This is manifested in numerous ways, from headaches, to joint pain, impaired exercise performance, lowered mental clarity and so much more. All of these can be improved by better hydration habits.”

But the move is not without controversy. Many of LVL’s 7,500 Kickstarter backers were left fuming as the company had originally intended to deliver the wearable by this summer. While additional funding and support from Samsung adds credibility to the project, the one year long delay came as a shock to many. In fact, we received letters from some of them expressing their dismay.

But ultimately, this is the nature of the beast. There are no guarantees when it comes to crowdfunding, and many campaigns run into delays. It is a risky investment and you may not even get to see a finished product. With today’s press release, LVL has shared the news officially with the general press and public at large.

Samsung is confident the technology has huge potential. Lets hope they are right, and we see the launch of the first real-time hydration monitor in the near future.

“At Samsung, we’ve long believed that wearables will help usher in the next wave of innovation in digital health,” said Shankar Chandran, Managing Director and Head of the Samsung Catalyst Fund.

“By measuring important data on hydration – which has eluded the industry for years – LVL Technologies has demonstrated the vast potential of wearables technology, and the impact it can have on consumers’ lives.”

10 thoughts on “LVL raises $6.75 million in new funding for their hydration tracker”