In the lead-up to IFA in Germany, Fitbit announced its Ionic fitness wearable. We went along to Europe’s largest tech gathering and got to spend some time with the company’s first ever smartwatch.

Although the San Francisco manufacturer was showcasing its entire range, walking up to their area it was immediately evident who the star of the show was. 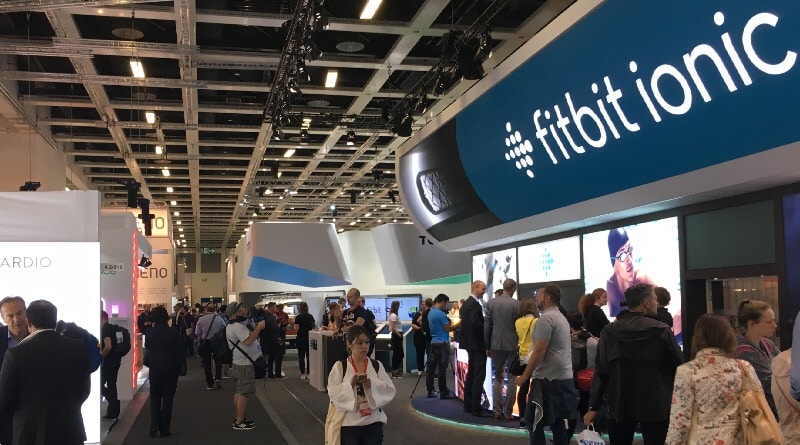 Taste is subjective but going in I was not overly enthusiastic about Fitbit’s new design. The blocky, retro look reminded me of the 1980s era.

But when I got to play with the device and strap it to my wrist, it was actually not too bad. Its evident that some quality manufacturing went into building the watch. But it is very similar to the Blaze. So much so, that at first glance its actually difficult to tell the difference. Its only when the screen springs to life that differences start to become noticable. 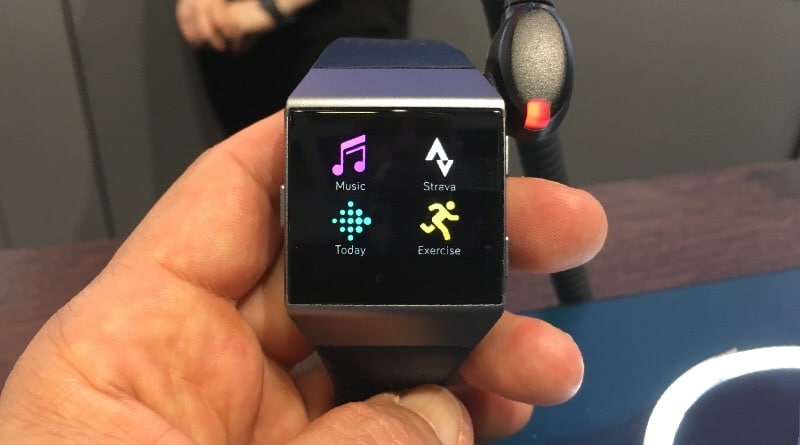 The core unit is built from strong and lightweight 6000 series aerospace-grade aluminum. With a 348 x 250 pixel resolution, the high-res LCD touchscreen is very vibrant and easy to read.  To compete with the Apple Watch Ionic sports increased pixels and amplified brightness up to 1000 nits. 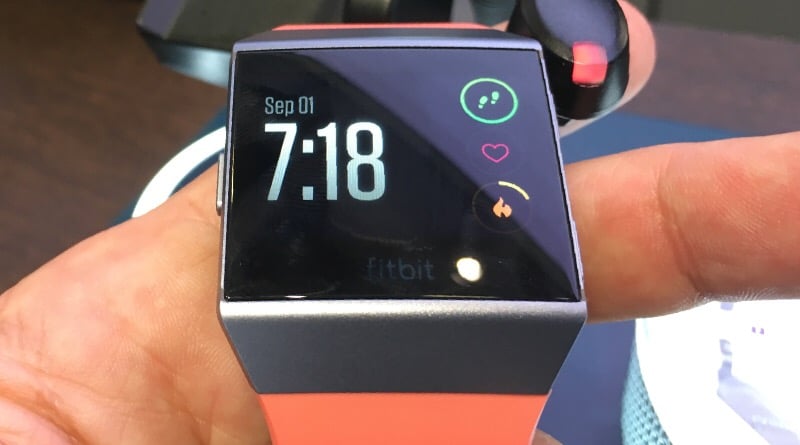 Its easy to navigate the displays. This is a combination of the three buttons on the sides (one left and two right) and the touchscreen. After a bit of practice, you learn how to whizz through the stats. 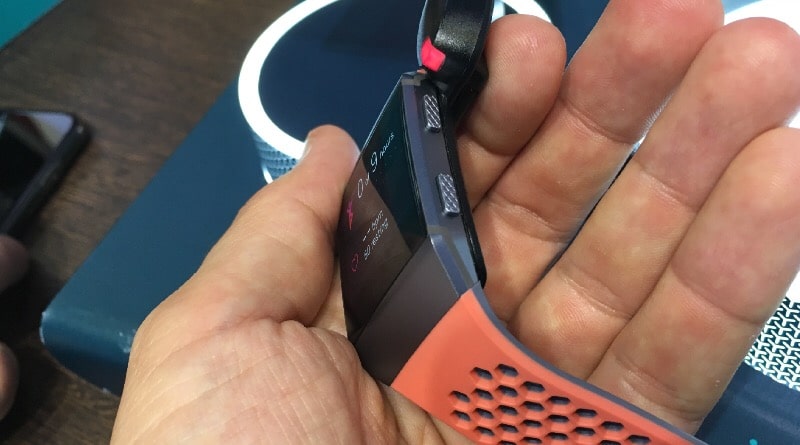 Under the hood, Ionic sports some decent specs. There are a total of eight sensors inside including an altimeter, 3-axis accelerometer, digital compass, GPS, optical heart rate monitor, ambient light sensor and vibration motor (view full technical specs on this link).

Furthermore there is something the company calls a “relative SpO2” sensor. This will, for the first time for a Fitbit device, measure your blood oxygen levels. In the future, it may be used to detect sleep apnea.

In his key-note presentation yesterday, Fitbit’s CEO James Park said that he is also hopeful Ionic may be able to determine atrial fibrillation. In their tests, it was apparently 98% accurate in detecting the condition, with only 1% false positives. Park made a big show about the companies future plans and the increasingly important role such devices will play in our health and fitness. 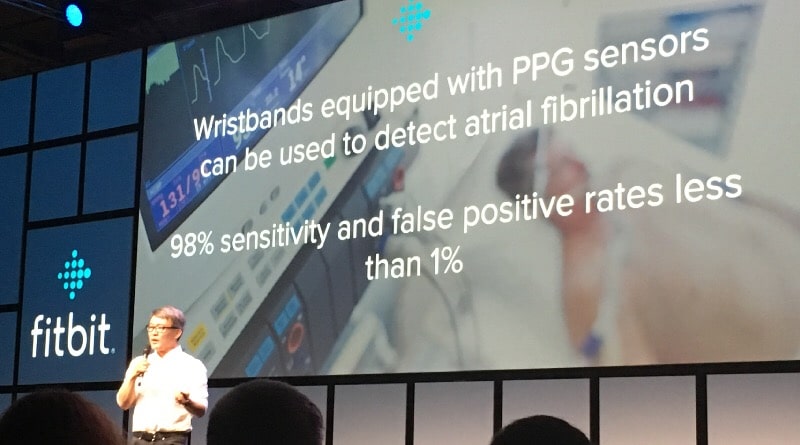 In terms of features, Ionic will count the usual steps, distance, floors, active minutes and calories burned, along with inactivity reminders and automatic activity recognition. In the morning the app will provide you with detailed info on light, deep and REM sleep stages.

The timepiece is also perfectly capable of phone-free exercising. For outdoor fitness tracking, the built-in GPS/GLONASS will keep tabs on your pace, distance, elevation and split times. The exercise mode captures real-time stats on 20 different types of activities. Because the watch is water-resistant down to 50 metres, it will track your swim sessions too. 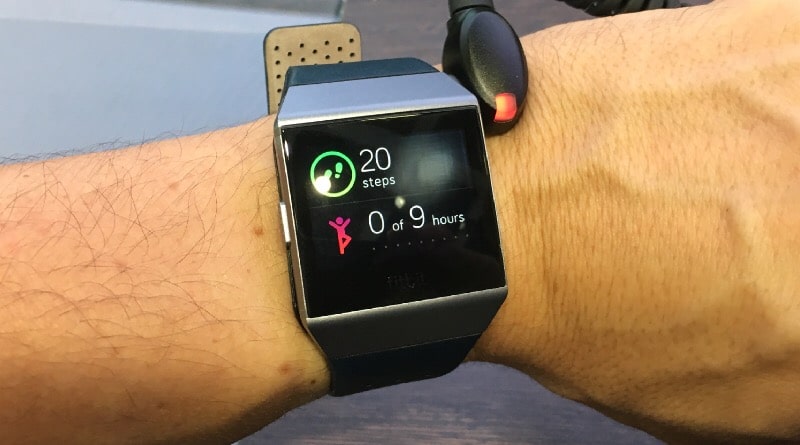 The company has upgraded the sensor so accuracy, which for a wrist wearable wasn’t too bad to begin with, should be even better. You also get your Cardio Fitness Level (VO2Max) assessment and there is the cardio friendly Relax to help keep you calm. 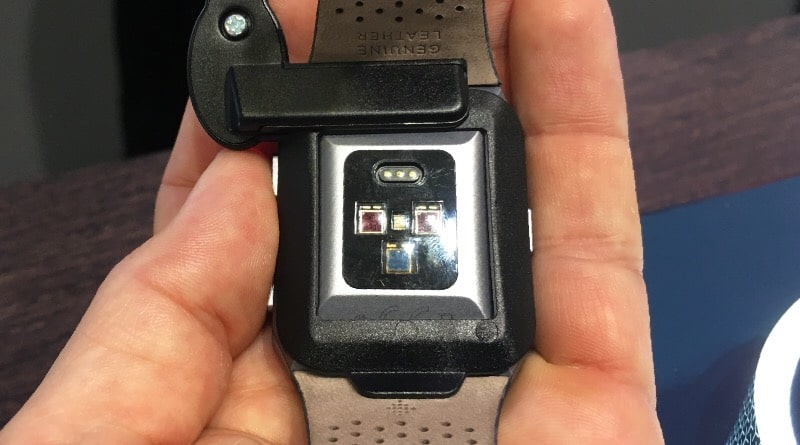 There are lots of non-fitness features as well. This includes 2.5 GB of local storage for music, access to Pandora, notifications for call, text and calendar alerts and much more.

Another first for Fitbit, Ionic sports a built-in NFC chip which stores credit card information so you can leave your wallet behind. Fitbit Pay will work with American Express cards and select Visa and Mastercards from supported banks. Over 10 markets across the globe will be supported at launch, with more countries and banks planned soon. 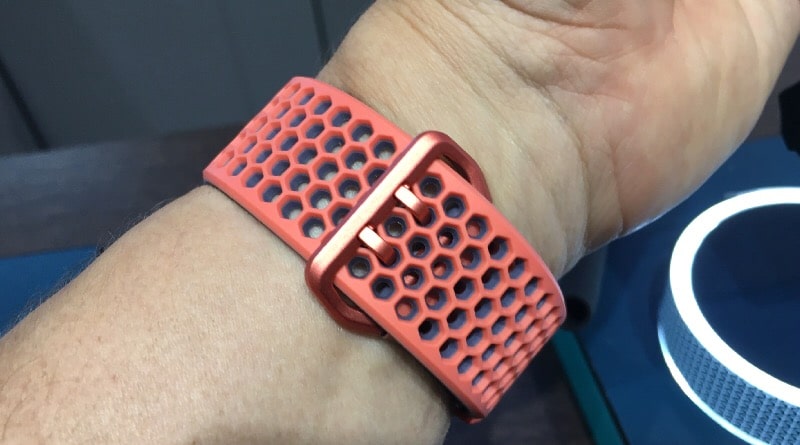 Finally, there is also a App Gallery with Strava, Accuweather, Flipboard, Starbucks and more, and Fitbit said it will open its SDK for third-party developers in September. That means, anyone will be able to create their own watch face or app.

The core unit is not a looker but its not ugly either. With three different versions, Sport, Leather and Classic, and lots of fancy bands you can customise it to your liking. The 15 different clock face options are there to help make it your own. 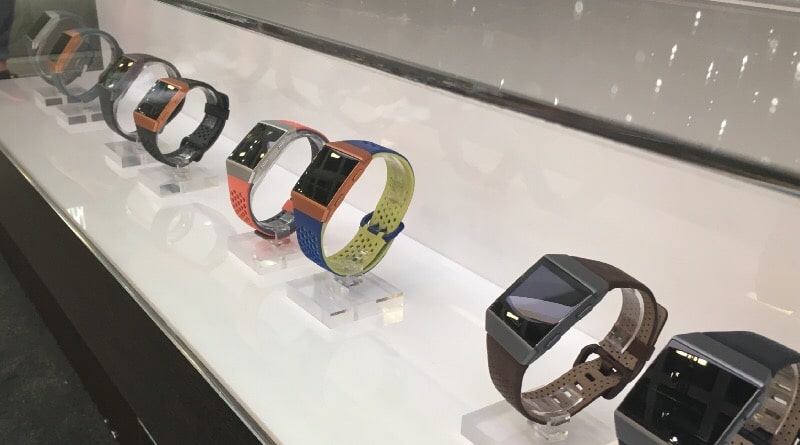 All in all, I was pleasantly surprised at the quality, build of the product and ease of navigation. Whether this will be enough to compete with the more fashionable Apple Watch and Garmin’s huge range of fitness devices, remains to be seen.

Ionic can be pre-ordered now on Amazon or the company’s website. Retailing for $299.95, it is set to ship in October.