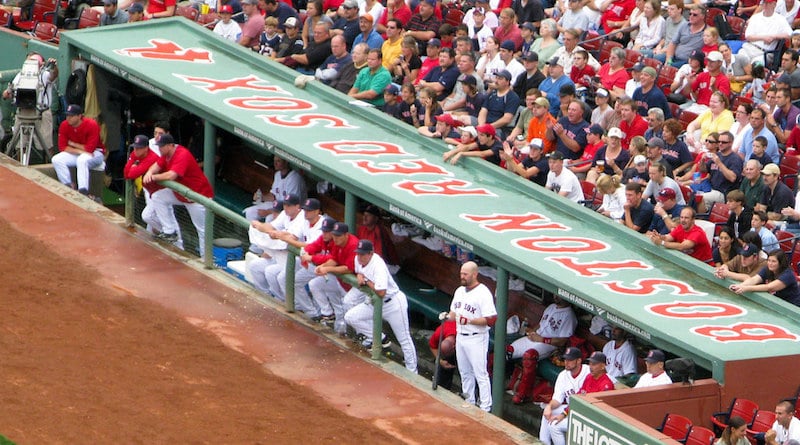 The Boston Red Sox have been fined by Major League Baseball (MLB) for using electronic equipment to gain an unfair advantage during play. Initially thought to be an Apple Watch, it has now come to light the device they used was a Fitbit product.

The original complaint was received by the Yankees who noticed the Red Sox team looking at their wrist trackers and passing information to players on the pitch. Confronted with the evidence, some on Boston’s MLB team have admitted to investigators that this was indeed the case. The video personnel had apparently passed the Yankees’ signs to the Red Sox dugout which was then transmitted on to the players.

“…trainers had received signals from video replay personnel and then relayed that information to Red Sox players — an operation that had been in place for at least several weeks,” wrote the New York Times.

The device the Boston Red Sox used in the sign-stealing saga has now been revealed as a Fitbit activity tracker, a major-league source told the Boston Globe. Fitbit is the manufacturer of some of the most popular activity trackers on the market. In addition to counting steps and calories, some of their devices – such as the Surge – can send and receive text messages from mobile devices.

MLB has dished out an undisclosed fine on the Red Sox while the Yankees have been fined a lesser amount. Not to be outdone, this was to do with a separate claim by the Red Sox that the Yankees have used a YES Network camera to spy on Boston personnel in the home dugout. The fines were announced on Friday by baseball Commissioner Rob Manfred. They will be donated to the hurricane Irma relief effort in Florida.

“In assessing the significance of this violation, the investigation established three relevant points,” Manfred said in a statement.

“First, the violation in question occurred without the knowledge of ownership or front office personnel. Second, when the Red Sox learned of the Yankees’ complaint, they immediately halted the conduct in question and then cooperated completely in my investigation.  I have received absolute assurances from the Red Sox that there will be no future violations of this type. Third, our investigation revealed that Clubs have employed various strategies to decode signs that do not violate our rules.  The Red Sox’ strategy violated our rules because of the use of an electronic device.”