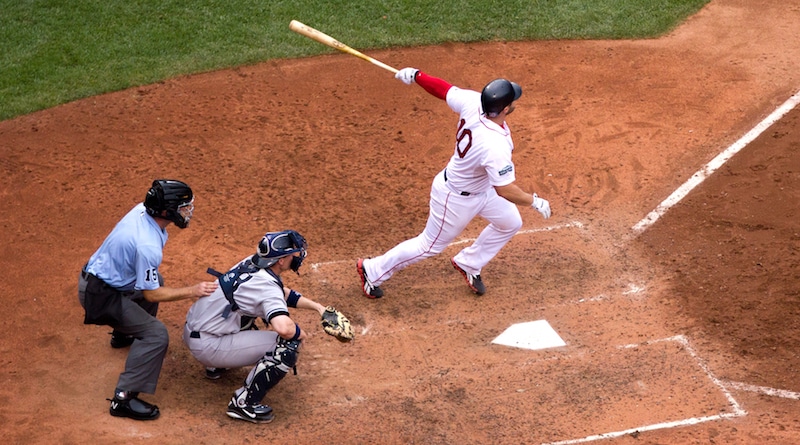 The Boston Red Sox, who are in first place in the American League East, have been caught using Apple watches to gain an unfair advantage during play, according to a report yesterday by the New York Times.

The investigation began two weeks ago after the Yankees filed an official complaint with the Commissioner’s office. They even submitted video evidence showing members of the Red Sox team looking at their watches and passing information to players on the pitch. Confronted with the evidence, some on Boston’s MLB team have admitted to investigators that this was indeed the case.

“…trainers had received signals from video replay personnel and then relayed that information to Red Sox players — an operation that had been in place for at least several weeks,” writes the New York Times.

Major League Baseball (MLB) has a reputation for being resistant to change but the organisation began allowing players to use the Motus Baseball Sleeve and Zephyr Bioharness monitor for the 2016 season. This year, league officials have added one more wearable to the approved list – the Whoop Strap. Some of these devices aim to assist with injury prevention, while others give coaches and trainers an overall look at players performance.

Spying on another team is not against major league rules and teams routinely use video to help them discern opponents’ signs, but such information has to be rushed to the dugout on foot. As the report points out,  there are rules in place to prohibit the use of electronic gadgets in the dugout to gain an unfair advantage.

It is not clear what penalties the Commissioner Rob Manfred will bring against the Red Sox, but a decision is expected before the season is over.

“We will conduct a thorough investigation on both sides,” Mr. Manfred said to reporters at Fenway Park, where he was present for a routine visit.

“We’re 100 percent comfortable that it is not an ongoing issue.”

An MLB spokesperson didn’t immediately respond to a request for comment.