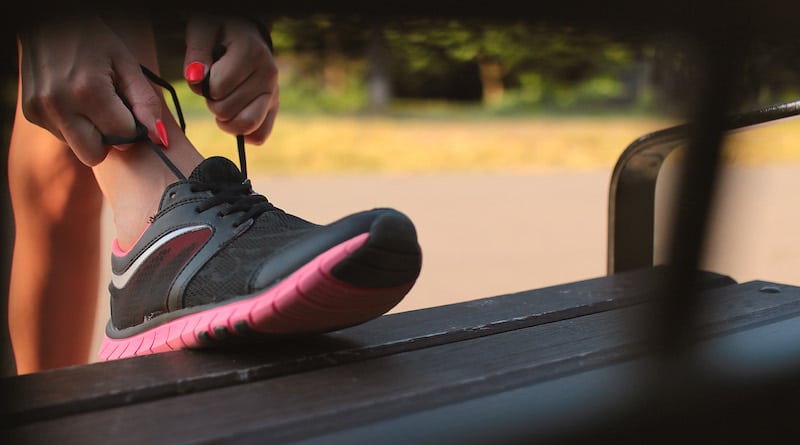 Adults in the UK are flushing their lives down the toilet by not exercising.

A new survey reveals that Brits clock up three hours and nine minutes on their loos each week, but just 90 minutes doing exercise. A quarter of those surveyed said they exercise for less than 30 minutes week, or just over 4 minutes per day. The main reasons not to bother were work (cited by one in five people) and family commitments (cited by 18% of women and 12% of men).

Sitting is so incredibly prevalent that we don’t even question how much we’re doing it. The poll of 2,000 adults by non-profit organization UKactive, revealed that nearly two-thirds sit down for at least six hours a day, though not all of them are on the toilet. For some time, scientists have warned us of the risks of sitting too much, but lately the news seems to get more and more dire sounding. Someone has even worked out from statistical analysis that chairs kill more people than smoking!

Brits are also clueless when it comes to fitness, with the poll showing just 12% knowing how much exercise is needed to be healthy. Typical guidelines recommend that adults do 150 minutes per week of moderate intensity exercise. This could be anything from brisk walking to cycling and swimming.

Essential reading: Should you really aim for 10,000 steps per day?

But social media can help, particularly if you are young. Almost half of the 18 to 24-year-olds admitted that seeing friends and celebrities post selfies while exercising motivated them to get out and do more. The figure for all age groups drops to 28%.

“Humans are made to move, but modern living has stripped physical activity out of our lives to the point where we pass more time spending a penny than we do getting sweaty,” Steven Ward, chief executive of UKactive.

‘The major health concern here is our lack of exercise, but things like poor diet, lack of exertion and our tendency to play on smartphones in the bathroom are all other factors that are driving this inbalance.”

According to UKactive, sedentary lifestyles claims 37,000 lives each year, costing the UK some £20 billion in medical fees.