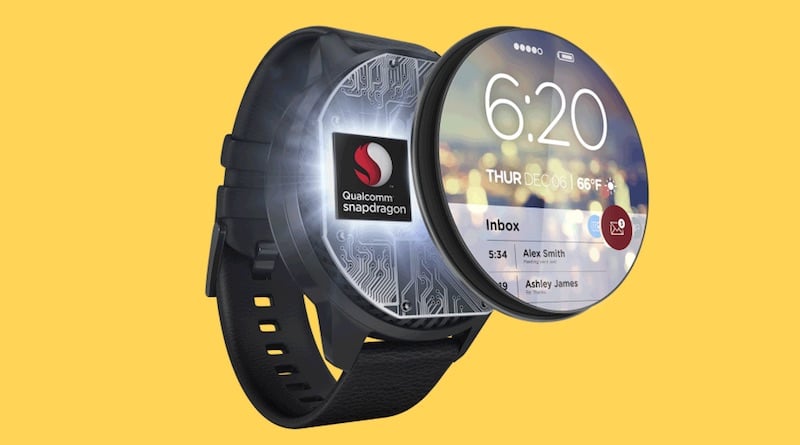 Qualcomm has released some hints at what’s to come from its next generation smartwatch chip at its annual 5G Summit in Hong Kong.

The company currently holds more than 85% of the Android Wear space. Its current wearable chip, the Snapdragon 2100, is long overdue for an update having been released some two years ago.

“We have seen public announcements from some of our competitors that they are exiting the wearables space,” Pankaj Kedia, Senior Director of Product Management at Qualcomm, said at the summit.

“Qualcomm is doubling our investment, because we are winning today and we intend to continue.”

The company has not released any ‘official information’ about the new chip, but it has provided some clues.

“We are working on the next generation,” said Kedia.

“The power [consumption] will be lower. The size will be smaller. The sensors will be smarter. Connectivity will be more seamless. More options. And of course security that you expect.”

Kedia added that a major problem with the current crop of wearables is short battery life and that this is a multi-faceted problem with no silver bullet for industry to fix it. We couldn’t agree more. Wearables that have stonking battery life are typically stunted – heart rate tracking may be infrequent and screen quality may be compromised.

The newly released Apple Watch Series 3 will last about a day on a single charge, which is very impressive for all the features it has, but that’s not nearly good enough. Smartwatches need to get through a week’s use without needing to be charged, to be considered as essential as a smartphone.

So what’s currently holding back battery life? Its a combination of physical space and the chips powering our devices. Wearables are small in size because they are designed to rest comfortably on the wrist. Thus the battery needs to be tiny as well. Qualcomm hopes to release a chip-based solution for this.

“You want to reduce power consumption. We are doing so at the chip level, at the platform level. So using the chipset to intelligently turn off things you’re not using, right? There’s a lot of action there.” Kadia added.

Rather than increasing the physical size of the battery, focusing on introducing smaller, more power efficient and powerful chips is a viable solution. Once these issues are fixed we can begin to enjoy our smartwatches without fear of straying too far from the charging dock.