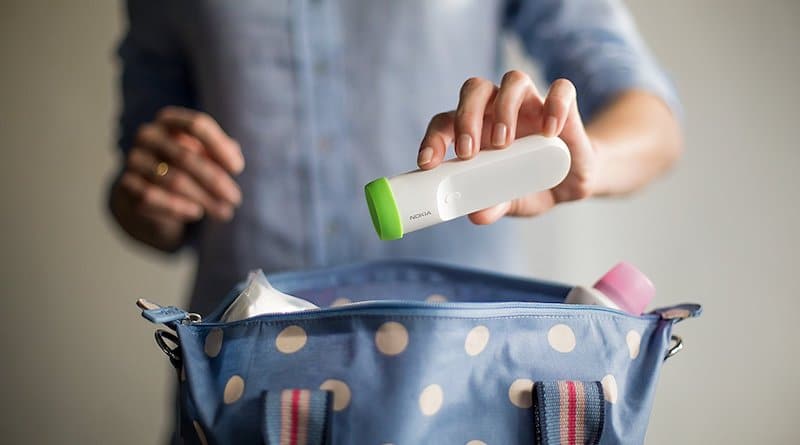 In the past, wearable technology pioneer, Withings published interesting insights by tapping into data collected from users of its products. The French company has now been taken over by Nokia, but the tradition continues.

One of Nokia’s flagship products is its Thermo Smart Thermometer, the first such device to be approved by the US Food and Drugs Administration. A fast, simple, no-contact gesture yields a temperature reading, and automatic sync with the dedicated app also allows you to track your stats right on your smartphone.

The company recently dipped into data from users of its connected thermometer across the US, Germany, France, and the UK. In addition to temperature, some 12,700 of these also tracked their activity and 4,700 sleep. The research looked into the effects of running a fever on users’ step counts and sleep.

Getting sick is a bummer, but high fever is your body’s way of fighting off the infection. The best thing to do is to rest and allow your body and immune system to recover. And this is exactly what the data shows. When individuals are fighting a fever, they tend to log much lower step counts. 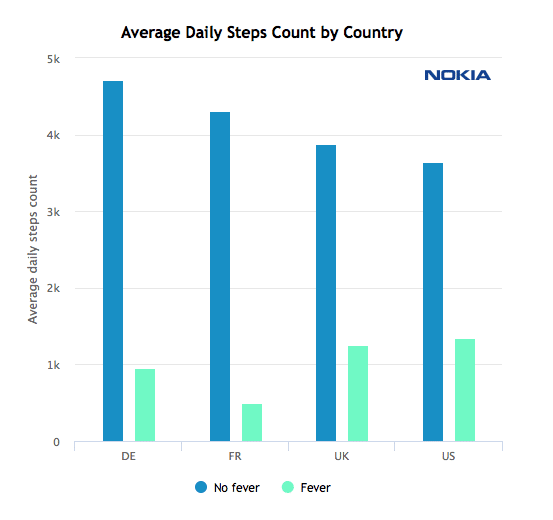 But figures vary across countries. Those in France saw the biggest drops in step count, a whopping 89% which equates to just 489 steps daily. Americans were at the other end of the scale. Their average daily step count during a fever totaled 1,341, which is 63% lower than their healthy step count. To add to the bad news, not only are American’s walking when they should be resting, they tend to walk the least (of the four countries), when they are healthy!

Sleep is the other important part of the equation when fighting a fever. We needs lots of it. But that’s not always easy. 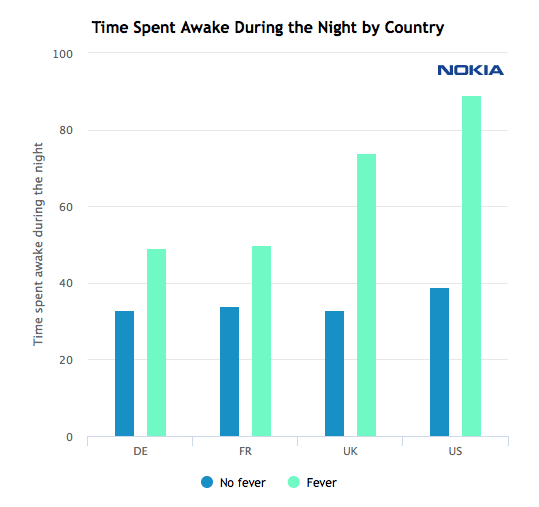 In any case the data leads to some clear conclusions. Taking it easy when you are running a fever is a good idea. Don’t walk as much and try to get plenty of sleep. Along the way, you might also want to pick up a smart thermometer. Unlike traditional methods, this is a much more sanitary and convenient way to take and keep tabs on anyone’s temperature.