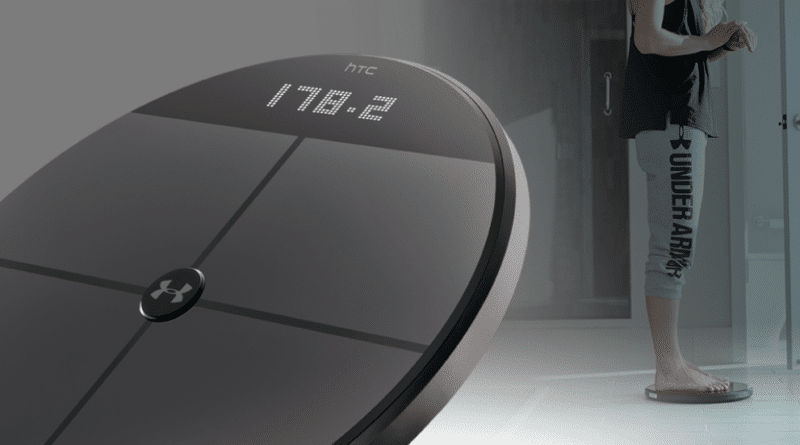 Under Armour has announced a change in direction as its quarterly sales fell for the first time since going public back in 2005. The Baltimore-based outfit will move away from the fitness tracker space and focus on developing software instead.

The company’s shares plunged on news that Q3 earnings fell 5% year-on-year to $54 million, on revenue of $1.4 billion. Market analysts had expected revenue to come in at $1.48 billion. Furthermore, Under Armour slashed its full year 2017 sales forecast citing lower demand in the United States and operational challenges. The company’s shares are now down more than 50% since the start of the year. 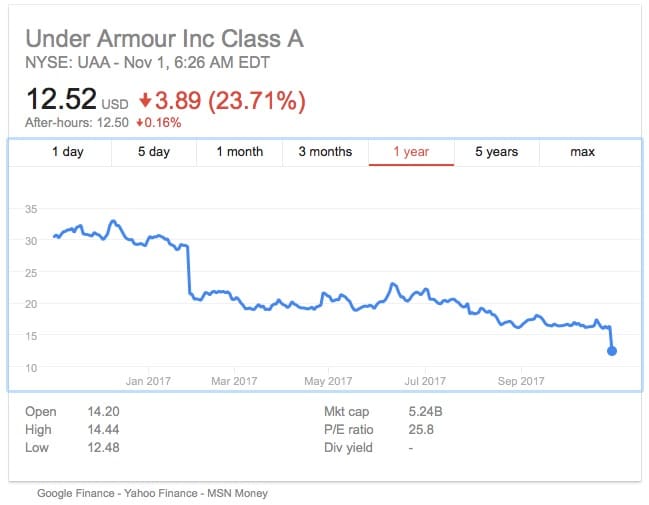 “While our international business continues to deliver against our ambition of building a global brand, operational challenges and lower demand in North America resulted in third quarter revenue that was below our expectations,” Under Armour Chairman and CEO Kevin Plank said in the earnings release.

“Based on these issues in our largest market, we believe it is prudent to reduce our sales and earnings outlook for the remainder of 2017.”

The outfit was founded back in 1996 by Kevin Plank, a then 23-year-old former special teams captain of the University of Maryland football team. Plank set up shop in his grandmother’s basement and, just when he was about to go broke, scored his first big sale, to Georgia Tech.

While the giant in sports apparel has a good following amongst youth, it has struggled to generate sufficient demand. Expansion into footwear, digital apps and wearables has not yielded the results expected. In a change of direction, the company is now pulling back from the wearables market.

Taking cue from Nike and its partnership with Apple, Under Armour will now focus on developing its software platform and forging partnerships instead. It will still sell its fitness tracker, heart-rate strap and smart scale but don’t expect anything new in the foreseeable future.