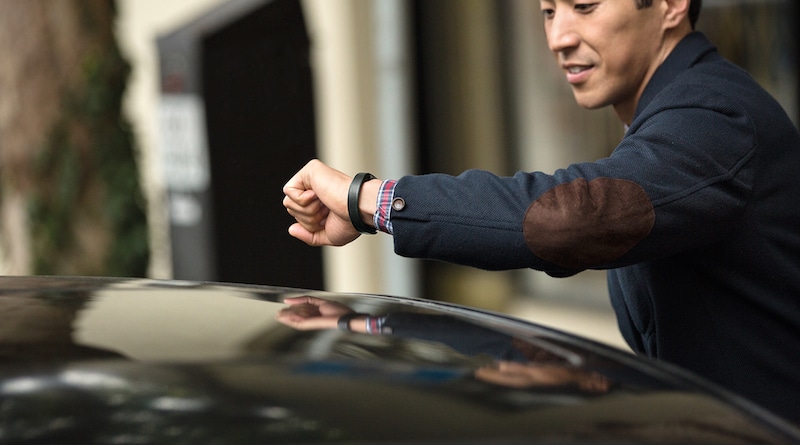 Fitbit is preparing a slew of new products for 2018. According to a recent Bloomberg article, one of these is an updated version of its flagship Charge 2 fitness tracker. Now some two years old, its pretty much a certainty we will see the new device out later this year.

Fitbit likes to think of the Charge 2 as a wearable for everyday users who want to get fitter and see how they are doing in real time on the wristband and also via the excellent free app and graphics-heavy desktop dashboard. The tracker definitely serves this purpose. Its no wonder it has become the wearable of choice for many.

But lets face it. The fitness tracker is some two years old now. Competition is stiff, Fitbit is losing market share, so its a fair bet the company will set its aims high this year. Here is our best guess at what to expect.

Bloomberg sources say that Charge 3 will be a “sleeker version” of its predecessor but little else has been disclosed. So its all down to guesswork.

The company has not really strayed very much over the years from its no-nonsense design. We are expecting something slightly thinner, perhaps a device that resembles the Alta HR more closely. But slimming the wearable down too much would come at the expense of the screen real-estate. So it will be a compromise between reducing the form-factor and retaining readability.

A proper touch-screen will presumably be on the cards, hopefully a more reactive one. The Charge 2 is not the best of devices when it comes to touch-screen responsiveness. You sometimes need to tap firmly, and not just once. Its also possible we will see an upgrade from the monochrome OLED display to a color one, one with better readability in the sun.

Improvements in the display and a slimming down of the form-factor depends quite a bit on how much this would effect battery life. The Charge 2 runs a perfectly decent 5 days on a single charge. Fitbit is unlikely to downsize battery capacity as this is an important selling point. Luckily, technology has progressed since the device was launched back in August 2016, so improvements can be made on the Charge 3 whilst maintaining or improving battery life.

Water resistance is important when it comes to something that is sitting on your wrist 24/7. We would be surprised if Fitbit does not make the tracker water-friendly as its been a long time coming. So far, the Flex 2 and Ionic are the company’s only wearables you can take swimming with you. We expect the company will retain the physical button on the side, as users would find a touchscreen difficult to use in wet weather or when swimming.

In any case, expect to see different sized models, and some premium editions. And lots of options in straps, colours and watch faces.

Fitbit has a clear strategy in mind. Instead of slapping on a host of new features, it focuses on what it does well, and improves on it. The changes it makes are typically evolutionary rather than revolutionary.

Essential reading: Top watches with GPS for running and training

The Charge 2 is great for 24/7 activity monitoring. It keeps tabs on steps, distance travelled, floors climbed, active minutes, heart rate (including the all-important resting heart rate), calories burned and sleep. To help you stay active throughout the day, it sends reminders to move that encourage you to take 250 steps every hour. And lets not forget Multi-Sport tracking, meaning it automatically recognizes certain sports such as runs, bike rides, weights, yoga and more.

Expect all this and more on Charge 3.

While the current device doesn’t feature GPS connectivity, it does link to the GPS on your smartphone to provide more precise data on pace and distance when you’re running. But its 2018, so that’s not good enough any more.

A built-in GPS on Charge 3 is very likely. It would allow you to leave your phone behind when you head out for that early morning run, while recording a map of your route. GPS ensures that all your running stats are accurate. It uses lots of battery and finding a signal can sometimes be hard, however, the results are definitely worth it.

Stress monitoring seems to be one of the next frontiers. Fitbit has introduced Breathing Exercises a couple of years ago. This is a relaxing mindfulness experience that calms your body and mind through personalized deep-breathing sessions called “Relax”. Taking cue from its direct competitors – the Garmin Vivosmart 3 and Vivosport – we suspect its quite possible Charge 3 will tap into heart-rate variability data to offer 24/7 stress tracking.

When it comes to activity trackers, there has always been something missing. Sure, we get lots of data, and trackers are getting better at churning out these statistics. But then what?

In an ever-expanding market, wearables manufactures will need to go beyond just displaying health metrics and look to provide much more meaningful analysis of our vitals data. Not just after, but also during exercise. Ideally in real time, so we can optimize our fitness data into action. Something that gives us further insight into our health.

More and more people are looking for wearables that integrate non-fitness functions and that go beyond the standard notifications we have come to expect these days. Fitbit has tapped into this trend by slapping on 2.5GB of internal memory to its Ionic smartwatch. This is enough to house more than 300 songs, plus you get access to Pandora, no phone needed. You can listen to all of this hands-free by connecting to Fitbit’s new wireless headphones.

While not perfect, at least this watch can store music so can function as a mini iPod if you take the time and effort to set it up. It would be nice to have this on Charge 3, as it would allow for truly phone-free exercising.

Fitbit Ionic also sports a built-in NFC chip which stores credit card information so you can leave your wallet behind. Fitbit Pay has now gone live in some, but not all countries. Those in the US can add their American Express cards and select Visa and Mastercards from supported banks. Time will tell whether this new functionality actually catches on but if it does, expect to see it on more Fitbit devices.

Probably the least likely of the bunch, a Fitbit tracker you could connect to an external heart rate monitor via Bluetooth would be a great addition. The company’s Purepulse heart rate sensor stores heart rate data at 1 second intervals during exercise and at 5 second intervals all other times. You get real time info on heart rate zones during your workouts and info on your resting heart rate in the morning. When it comes to heart rate wrist monitors, Fitbit’s technology is right up there with the best of them. But no matter how good, a wrist band style heart rate monitor can never compete with a chest strap. Particularly for high intensity workouts.

The original Charge HR came out in October 2014, while the Charge 2 was released two years later. A 2018 release date would fit into this two-year product release cycle. If Fitbit sticks to this schedule, we are looking at a late summer or early fall release date.

Its not out of the question, though, that we may see an earlier release. In fact its quite likely, as the company has been losing market share for a while now. Amid lack-luster sales of the Ionic smartwatch, it may want to release its headline device sooner rather than later.

The Charge 2 cost $150 at launch so its fair to expect the new tracker will cost around the same amount. A package that won’t break the bank.

Whatever the case, we are certain the Charge 3 will be a great choice. A device that will hopefully deliver solid improvements on its predecessor in a number of areas.