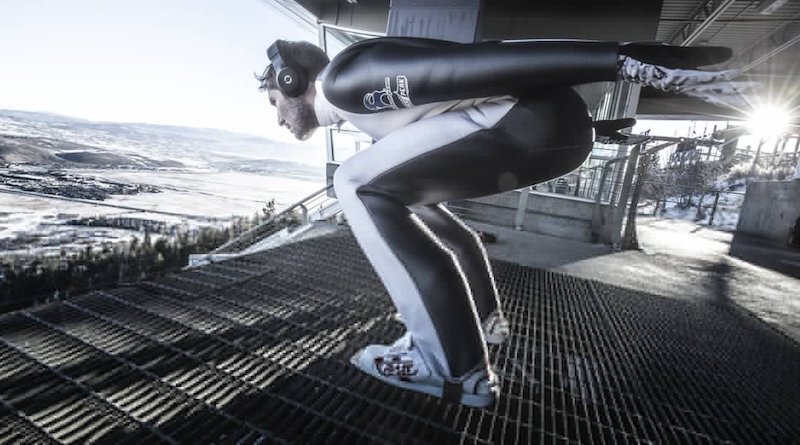 The Winter Olympics are an ongoing international multi-sport event held every four years. In 2018, Pyeongchang, South Korea is the host. The games, which run from February 9th to 25th, feature a record 102 events in fifteen sports disciplines. This year we will see the debut of big air snowboarding, mass start speed skating, mixed doubles curling, and mixed team alpine skiing. Nearly 3,000 athletes from 92 National Olympic Committees are competing.

While we typically associate wearable technology with gadgets that count your steps and calories, there is a growing  market for winter sports technology. This includes everything from smart ski goggles to GPS enabled helmets. Set to be the most high-tech Winter Games ever, everyone from ski jumpers to bobsledders will be fitted with a wide range of devices designed to improve their performance.

To start off, athletes will need to keep warm. Pyeongchang are predicted to be the coldest Winter Games in 20 years. Temperatures were frigid during the opening ceremony and the rest of the Games are expected to be no different.

To this end Ralph Lauren has come out with a self-warming jacket. It comes hot on the heels of the company’s innovative PoloTech shirt and other connected garments.

Introduced at the opening ceremony, the jacket was snapped up in minutes and is now out of stock. The battery-powered, water resistant garment kept Team USA warm during the parade. There are heating settings that can be tweaked via the accompanying app, and the battery pack lasts for around 11 hours between charges.

“This time, the team took it to a new level, using flexible fabrics to heat a jacket in a way that we had never seen before,” says Ralph Lauren Chief Innovation Officer David Lauren.

“Beyond adding extra warmth, the technology added a modernity to the iconic style of the Olympic and Paralympic outfits. And the American flag pattern was a clever touch.”

While this is a limited edition garment, Ralph Lauren will use the feedback from American athletes to decide how to integrate the technology into future products. Certainly something to keep an eye out for.

Samsung has equipped a pair of Dutch short track racers with sensor packet SmartSuits. Designed to improve their ideal skating position, they feed real-time body position metrics to the smartphone of national coach Jeroen Otter. There is an accompanying smartphone app which digests the data and spits out signals which generate a vibrating buzz at the wrist, allowing skaters to immediately adjust their posture.

“By quantifying the posture we can train even more effectively. I have noticed that Sjinkie and Suzanne already benefit from this unique innovation,” National coach Jeroen Otter said in a statement.

“At the championship level, it’s all about the details. Training with the Samsung SmartSuit and the immediate feedback via the smartphone can make the difference between silver and gold.”

Sjinkie Knegt and Suzanne Schulting are currently the only skaters in the world donning the suit. However, they are only be allowed to wear it while training and not during actual competition.

Similar to what its done for the 2016 Summer Games in Rio, Visa has come up with a bunch of Near Field Communication (NFC)-enabled wearable payment products for the Winter Games. This includes a commemorative sticker, a pair of gloves and an Olympic pin.

All three work like a prepaid card – you decide on the amount at the outset. By tapping the wearable on one of 1,000 NFC-enabled terminals or readers throughout the Olympic venues, athletes and fans are able to pay for food, souvenirs, and other goods and services.

“We’re looking forward to seeing the reaction and adoption from fans and athletes in South Korea. While we can’t disclose the number of devices that have been produced and sold thus far, each wearable is a limited edition item so they will be highly coveted on-the-ground at the Games,” a Visa spokesperson said in a statement.

Visa teamed up with the financial arm of South Korean retailer Lotte to manufacture the payment gadgets. Those interested are able to pick them up at Olympic Winter Games Superstores and onsite Visa vending machines during the event. The wearable stickers and commemorative Olympics pins are also available at Lotte Card customer centers and on www.lottecard.co.kr.

The US ski team is looking to boost their chances with the help of a wearable called Halo Sport. The device, which looks like a pair of overly sized headphones, uses pulses of energy to prime the brain, powering athletes’ most effective workouts”. They call this Neuropriming.

Neuropriming improves the brain’s response during training, essentially putting it into a temporary state of ‘hyperlearning’. When paired with workouts, Halo Sport accelerates gains in strength, explosiveness, and dexterity.