A round Apple watch this year? Definitely not. But sometime in the future, why not.

With just a week to go until its launch, we know quite a bit about Apple Watch Series 4. One thing that certainly won’t be on the cards is a watch with a round face. That’s pretty much ruled out.

Apple has in the past filed patents for just such a device. One of these details a single continuous flexible display covering both the face and the band. The bezel width surrounding the display would be minimized below 4-5 mm or perhaps even less than 1mm. But a round Apple Watch would be difficult to manufacture, not to mention that it would require a complete re-design of the internals as well.

Nevertheless, its fun to imagine what a such a device would look like. The images below and above come from graphic designer Muhsin M. Belal. They show just how beautiful a round Apple Watch would be! 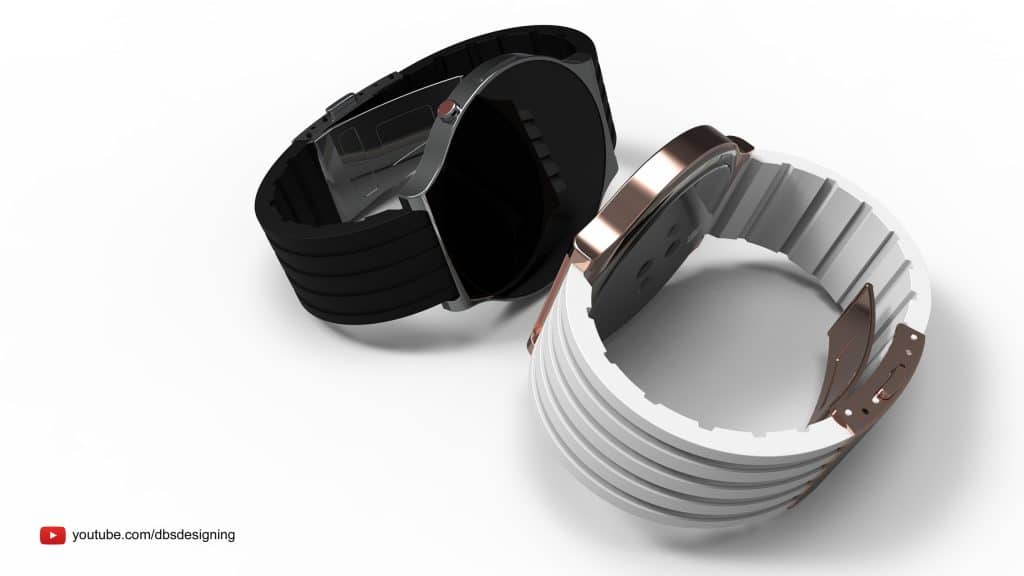 The premium looking device would boast a round face with an edge-to-edge display. Something not possible with current technology but lets not let that take away from the fun! 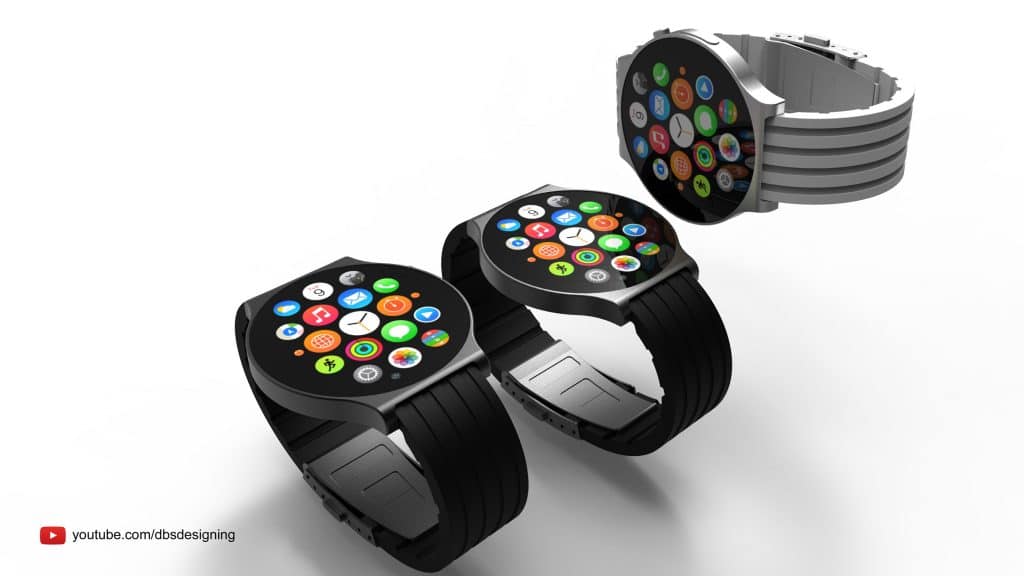 The Apple Watch has kept pretty much the exact same design since it was first released more than three years ago. However, this year we are expecting some bigger changes.

The most obvious of all is a screen that is 15% larger than on Series 3. The dimensions of the device will remain the same but the bezle size will shrink allowing for the increase.

And we actually have an image of the upcoming device courtesy of 9to5Mac. The larger screen real-estate means the watch will be able show more information. As you can see from the image below the Cupertino outfit has managed to squeeze a total of eight complications – four around the time, four within the clock hands.

The Digital Crown and side-button appear to have been revamped as well. And there is a hole between them, probably to accommodate an additional microfone. The watch also looks to be a bit thinner than the predecessor models.

Other characteristics remain a mystery. It is anticipated the watch will benefit from improved fitness features, better processor and a boost to battery life. But we have not had any good leaks on tech specs.

Not too long to go now. In just a week Apple will announce the Series 4 watch at its annual special event. Those wishing for a round version might want to check out the video below. It shows the imagined Apple Watch from all angles.