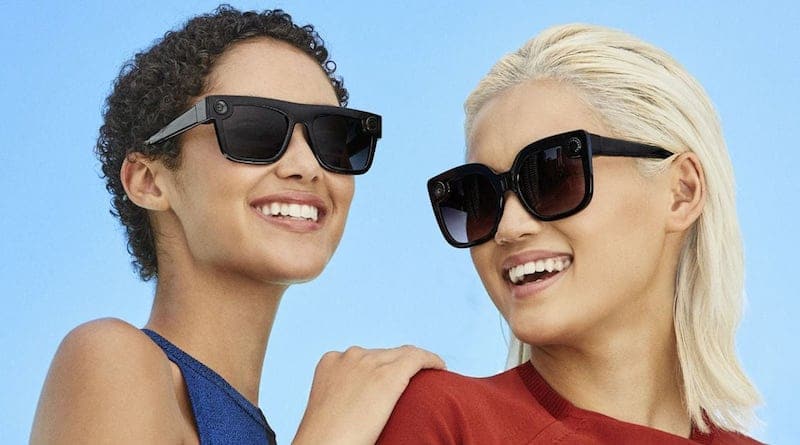 Snapchat is still trying to make its Spectacles idea happen. The company’s latest attempt is a set of smart specs that look like everyday sunglasses. The announcement was made to coincide with New York Fashion Week, which kicked off this Thursday.

The new set of fashion forward glasses feature a more subtle design than Snap’s flashy colored Spectacles. They’re entirely black and the camera lenses are less obvious than before. Previously the circular lenses and cameras were accentuated with yellow surrounds.

The latest iterations have been designed to appeal to people who want a more discrete way of accessing the functionality. Some might even say they make it easier to secretly film people! But the lenses in the frames still light up when shooting, so wannabe spies will still be spotted.

The “Nico” and “Veronica” versions come with unchanged ability when it comes to tech specs. They still record from your point of view HD photos and 10 or 30 second videos, they are water resistant and can capture up to 70 videos and hundreds of photos on a single charge.

A recent software update means users can now export videos in a square or widescreen format. The added options mean you can share videos where you want, including Facebook and Instagram. This wasn’t possible with the circular format.

The latest line of specs are priced at $200, $50 more than the regular version. Part of the reason for this increase is that “Nico” and “Veronica” come with polarized lenses. The filter acts to block out reflected light that causes glare and reduces visibility. There is also a new semi-soft case.

You can pick up the new lenses on Spectacles.com and certain retail outlets later this year.