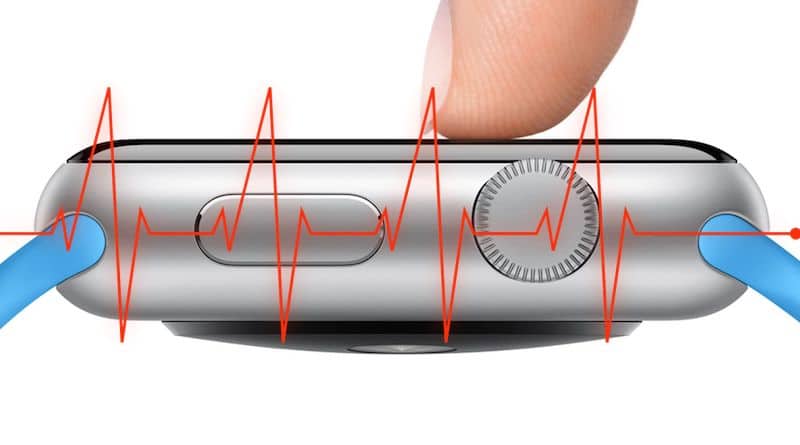 The Series 4 watch was the star at Apple’s Keynote event last week. Particularly its FDA-approved ECG monitor. Now a new report in the Wall Street Journal suggests that taking blood pressure readings on the Apple Watch may soon be possible.

In a bid to make its smartwatch an intelligent guardian for your health the Cupertino-based outfit has added a number of features to the Series 4 timepiece. This includes fall detection, low/high heart rate alerts and looking out for irregular heart beats. This set of features may make the device more attractive, particularly to the older generation.

There is also the ability to take ECG by pressing on the crown. The feature is set to land later this year, first in the US then in other countries. Many think the technology will be a life saver. Others are not so sure and suggest it may lead to an unnecessary burden on the health care system through false positives.

A new report now suggests that taking blood pressure readings by using Apple’s 3D Touch or Force Touch technology could soon be possible. To prove it Dr. Mukkamala and his team at Michigan State University developed an iPhone app that measures blood pressure by using the smartphone’s 3D Touch feature.

Users are required to press their fingertip against the screen to take a reading. The data is transmitted via Bluetooth to the app, which in turn calculates blood pressure and displays it. The WSJ article suggests the exact same method could be applied to the Force Touch technology already built into the Apple Watch.

Its worth noting, the test results were not as accurate as the arm cuffs. But researchers say they were comparable to a finger cuff, a device that’s been cleared by the FDA for measuring blood pressure.

Hypertension may well be the medical term given for high blood pressure, but there is another name that is sometimes used – “The Silent Killer”. One in three adults are affected by the condition but many are unaware they have a problem. Making the process of taking readings easy could change this.

More work and testing is needed on the app, though. Researchers are hoping to make it publicly available sometime next year. The Apple Watch is still a while away from becoming the must-have health device, but with each passing year its inching closer.