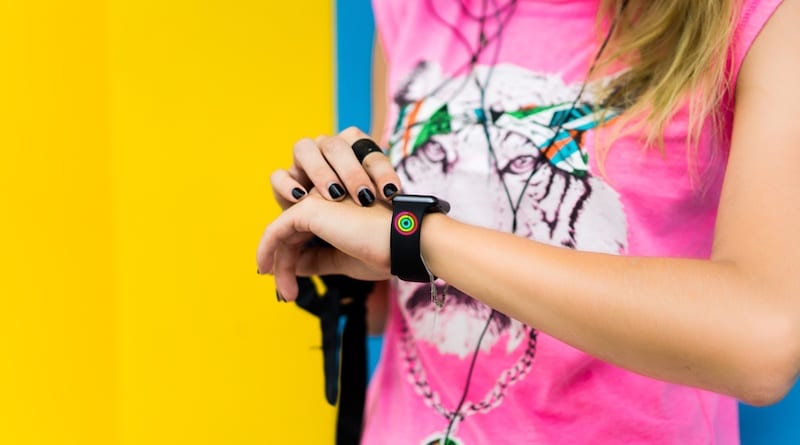 Apple has been granted a fresh patent for watch bands embedded with LED lights. These would be used to convey the status of certain activities right on the band itself.

Published a few days ago by the U.S. Patent and Trademark Office (USPTO), the patent goes by the name “Indicators for wearable electronic devices.” The filing details watch bands that feature a series of strategically placed LED notification lights. Indicators on the bands would let users know how close they are to reaching their activity goals, as well as the status of other activities, without waking up the watch display. It could even be used for something as simple as reminding a person of their next appointment.

The lights would be arranged in clusters showing different shapes such as a circle or triangle. For example, it might be possible to color match the activity rings on the band itself or present a progress bar of the daily step count. The visuals would mostly be on the external flat side of the band, but the patent also talks about the possibility of putting illuminations on the sides.

“The band has a number of ‘variably illuminable’ portions that are controlled by the main device,” the patent notes.

“This could mean a single section that could be lit up by varying degrees of brightness, or even a segmented portion that could have individual parts lighting up over time.”

Needless to say, this has a couple of advantages. For one, you would not be required to look at the device’s main display, as seeing it on the band would be a quicker and more convenient way of accessing data. Additionally, it would help to conserve the watch’s battery life. Mind you the band will not do any heavy duty processing, but the fact that users won’t be interacting with the watch as much will help it run longer.

This is not the first time the Cupertino outfit has looked into adding on smart bands. But previously it was to do with tech that would slap on extra sensors and processing power directly into a single chassis. The smart links would snap into each other and could potentially include batteries, displays, GPS, cameras, thermometers, blood pressure sensors, sweat sensors, speakers and more.

Its worth noting, at the moment these are only patent applications. Whether any of them actually see the light of day is another question. The filings at least show the company is looking into novel ways of expanding the functionality of its smartwatch.